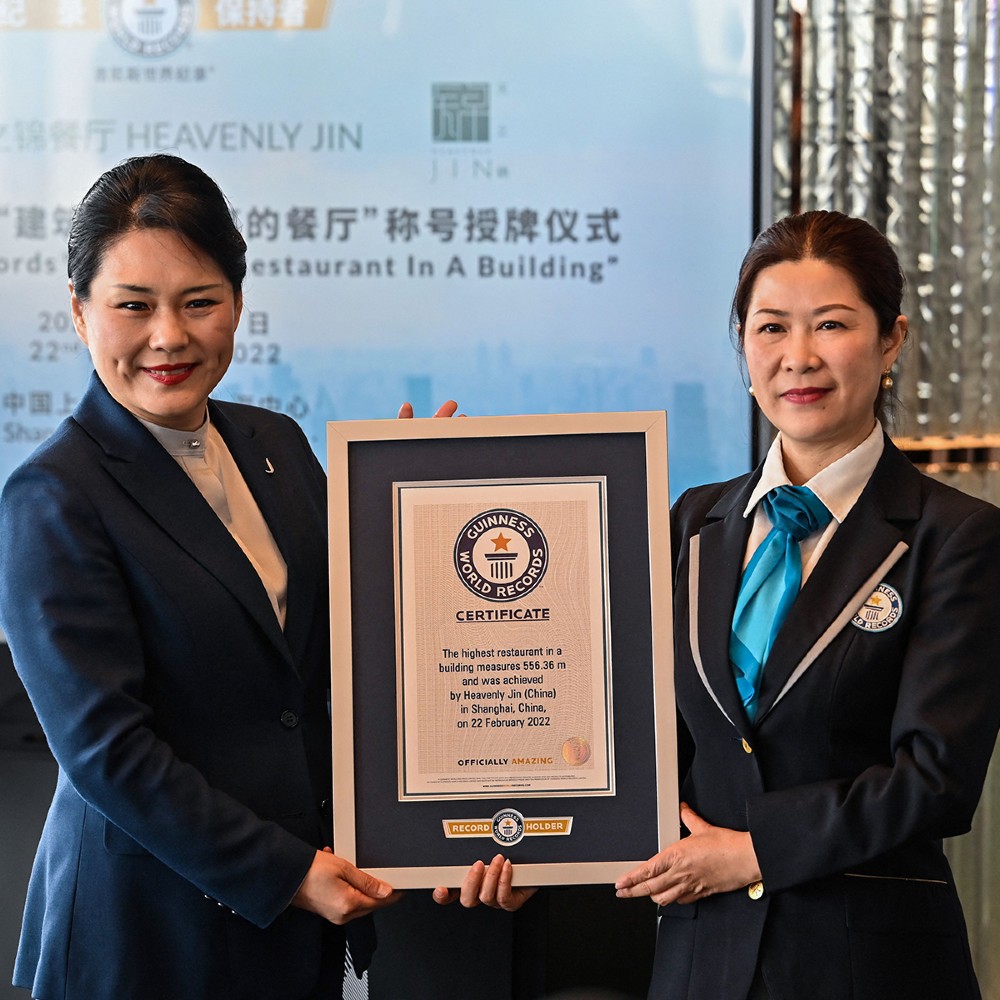 Shanghai has recently added another feather to its hat of achievements. The city is now officially housing the highest restaurant in the world. The Heavenly Jin Restaurant in Shanghai has achieved the official title of the Highest Restaurant in a Building from the famed Guinness World Records.

Located on the 120th floor of the J Hotel Shanghai Tower, the Heavenly Jin Restaurant is situated about 1,825 feet (556.36 meters) above the ground. It is over 100 meters higher than the previous 2011 record-owner Atmosphere, which is 441.30 meters high, sitting on the 122nd floor of the iconic Burj Khalifa in Dubai. The luxury J Hotel itself is situated in the highest skyscraper in China, which is also the second-highest building in the world behind the Burj Khalifa. The hotel features rooms and suites for the guests, situated from the 86th to 98th floors of the Shanghai Tower. 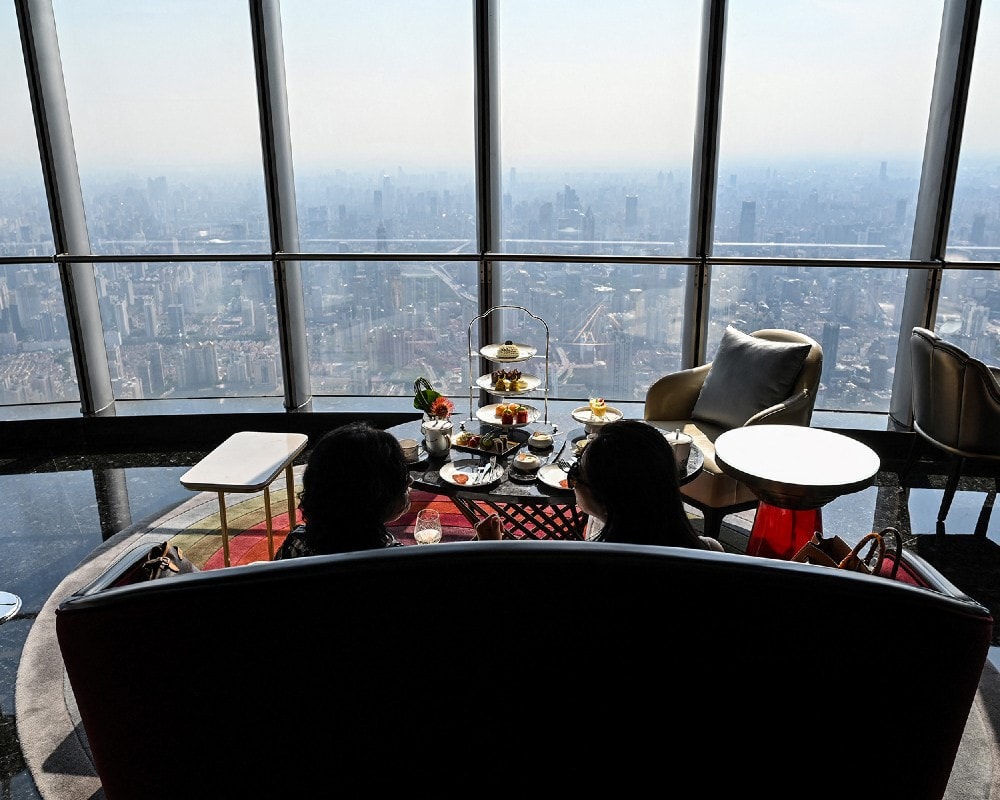 The record-breaking restaurant features floor-to-ceiling windows and an open kitchen. The most striking feature of the restaurant is a 30-meter long mural made of Italian mosaic tile, depicting the historic Silk Road. The restaurant serves its diners a mix of Chinese, Japanese, and Western cuisine. The guests staying at the hotel and the diners can also enjoy an afternoon tea service at the highest restaurant in the world.

It’s not only the position of the restaurant that has been marked as the highest, but the quality of service has also garnered much praise from the customers since the opening of the restaurant. The general manager of J Hotel Shanghai Tower, Jenny Zhang, has stated that the hotel and its in-house restaurant Heavenly Jin are now ready to welcome friends and guests from all over the world to give them the highest level of dining experience amidst the clouds.

This Chef Is Impressively Carving Traditional Patterns Into Fruit And Vegetables

Just when we thought the rosé phenomenon had reached its max, the frosé sorbet came into existence, ...

It’s a well-known fact that citrus fruits are an amazing source of vitamins and natural fiber, ...