A floating pizza bar located in the middle of the South Pacific, Cloud 9 opened in 2013. The unique restaurant is situated above Roro Reef in the Mamanuca archipelago, 45 minutes off Fiji’s western coast. 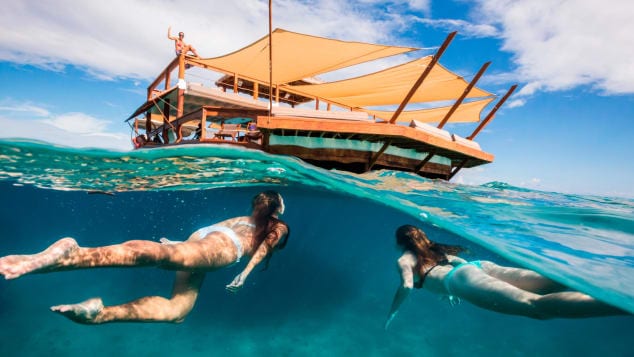 “Prior to Cloud 9, Fiji was famous for family getaways and swaying palms, but it was really, really quiet,” says Bar’el Wachtel, co-founder of Cloud 9. “There’s still not a lot to do, but Cloud 9 offers a gathering spot for people to come from all the hotels and experience a different kind of place.” 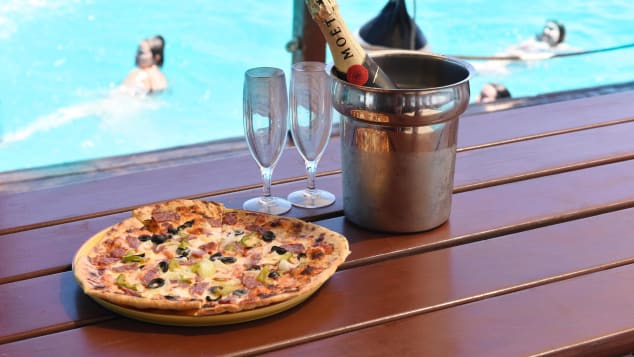 Wachtel is not only the restaurant’s owner, but he is also an Austrailian DJ and avid surfer. “I’d always been from a marine background — my father is a yachtie and circumnavigator — and the sea has been my home for a very long time,” says Wachtel. “Surfing brought me to Fiji as a visitor about seven years ago. It’s a really tricky place to surf, because the breaks are so isolated.

“You really need a boat to access everything. We thought it’d be amazing to have a meeting place, closer to the breaks.” With a bit of work, Wachtel’s dream would soon become a reality. First, they needed to carefully choose a spot for the restaurant. Eventually, they discovered a crystal-clear lagoon roughly nine miles southwest of the famous Cloudbreak swell in Fiji. 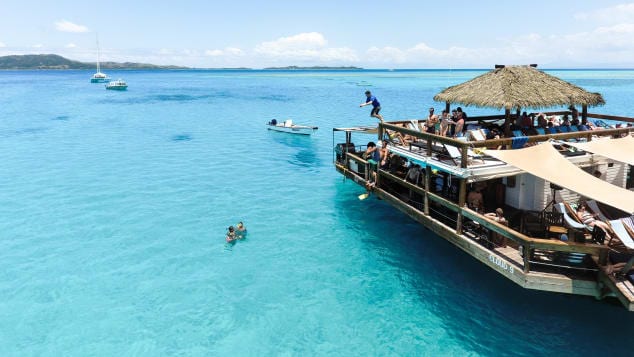 In order to construct Cloud 9, Wachtel recruited Fiji-based architect Lisa Philp, who utilized three types of local wood- mahogany, raintree, and treated pine. “We wanted people to be able to move easily in and out of the water, to have some dry areas, and also plenty of shade,” states Wachtel. “The over-water structure allows guests to access the reef in a way that’s not possible if we were to have just set up on land.” 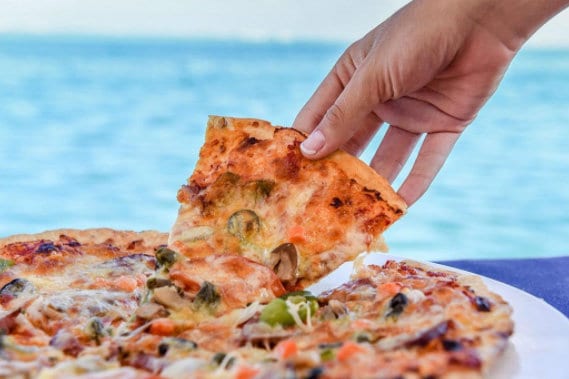 The construction may have been difficult, but Wachtel says that the hardest part was actually working together with the locals. “Here in Fiji, there is the government and then there are the land owners, the indigenous custodians of any area.

Gaining their support is crucial to being able to operate everywhere in Fiji,” Wachtel explains. “We encountered a lot of hurdles,” he says. “I needed to move to Fiji and take over the operation, because my first business partner, who was the original manager, didn’t get it right.” 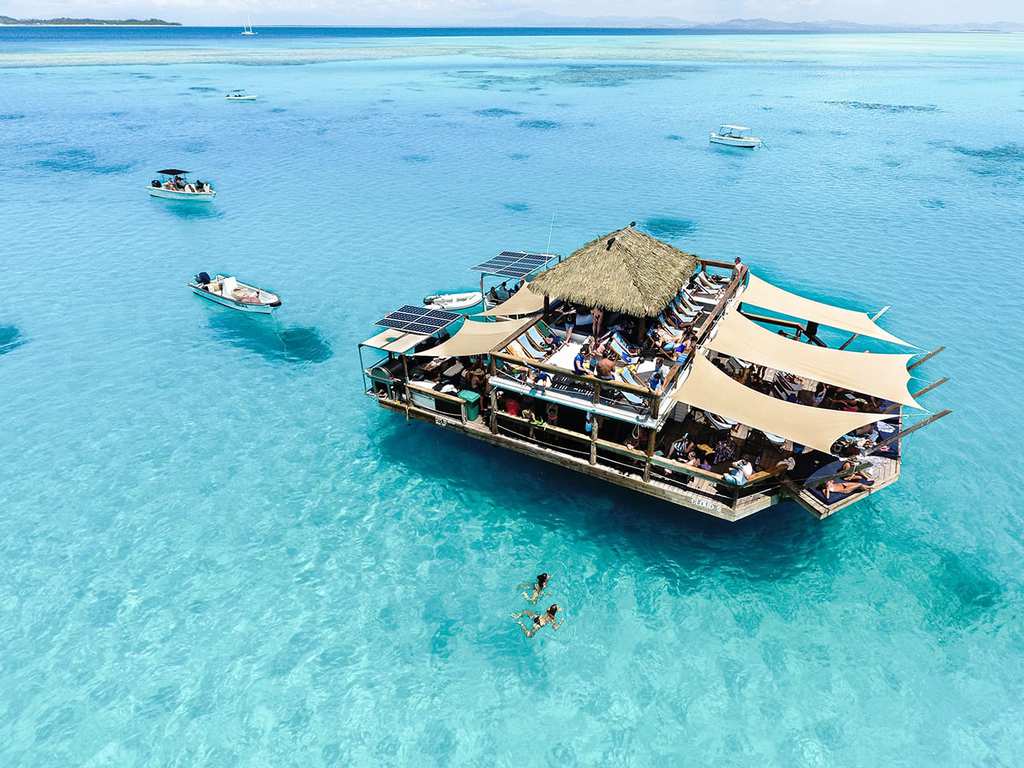 Cloud 9 was initially a hangout spot for local surfers, but as word spread, the restaurant’s popularity grew. Soon enough, it became a highly-sought after destination for young couples, friend groups, and families. “A lot of places offer a party on an island, but I was attracted to this project because it’s unique and it’s authentic,” says Wachtel.

“You get the feeling of being really far out, but you still have a sense of proximity to a lot of important tourist destinations, such as Port Denarau.” Cloud 9 is on our list as a Fiji must-see!

Six Types of Foods That Are Usually Already Expired

The truth is, it can be difficult to know when food has expired and must be tossed in the garbage ...

It seems no matter how much of it we buy, we need to restock our supply of coffee far too often. ...

The lockdown has most of us staying indoors for a yet unknown amount of time, which means we need ...