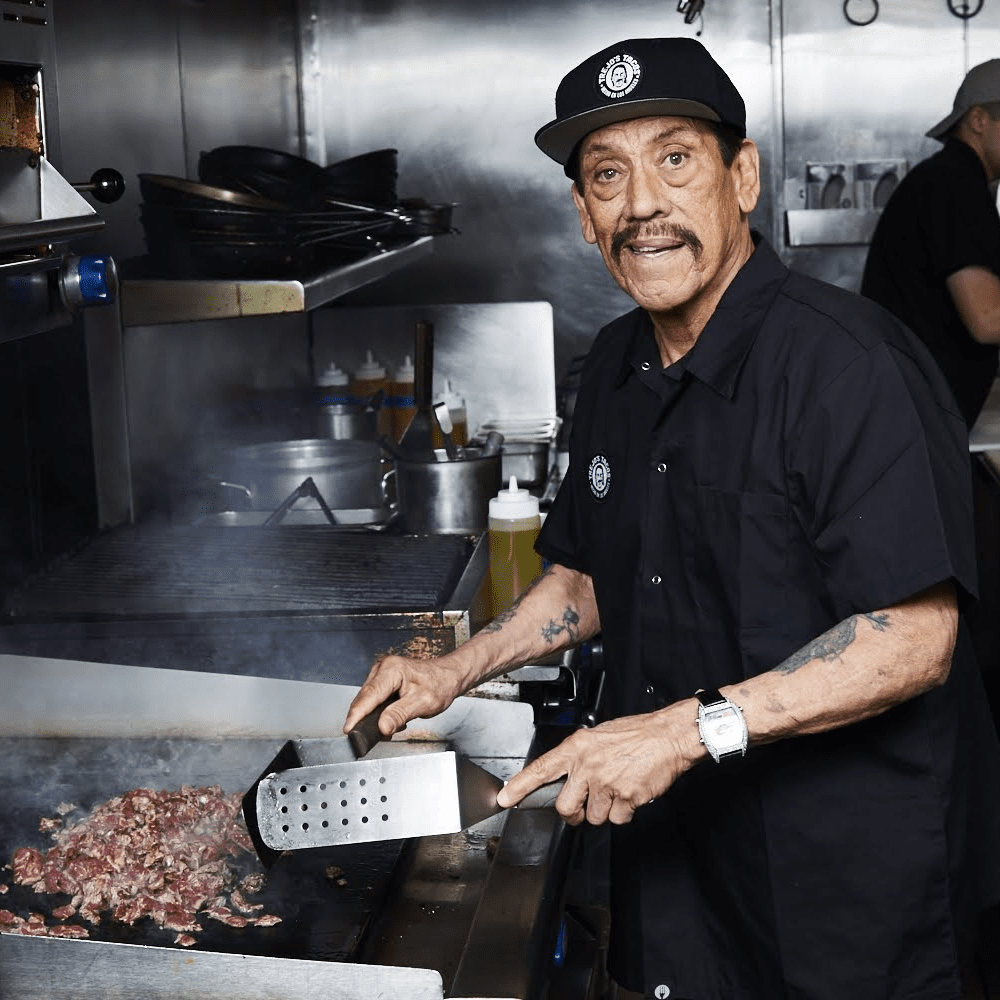 You know Danny Trejo as the hardcore tough guy in films like Machete and Spy Kids, but did you know that he’s also the owner of a rapidly growing chain of restaurants called Trejo’s Cantina? Born in Echo Park to Mexican immigrants, Trejo has achieved the American Dream and then some with his restaurant empire—and it looks like there’s no stopping him!

Danny Trejo is no stranger to the restaurant business. The actor-producer has been in the industry for years, but only recently has he started to make a name for himself as a restaurateur. In March 2016, John Anthony Torjano opened Trejo’s Tacos in La Brea, and he’s since added three locations in Santa Monica, Hollywood, and the Farmers Market. Trejo’s Coffee & Donuts in Hollywood features delicious flavors such as Mexican chocolate and nacho, among others. In 2020, he also found time to write Trejo’s Tacos: Recipes and Stories from L.A.: A Cookbook.

In 2019, Trejo’s Tacos were served at 21 venues as part of a partnership with Live Nation. Following several successful ghost kitchen pop-ups held in Chicago, Dallas, Miami, and Houston in 2021, Trejo’s is researching opening restaurants in Dallas, Houston, Denver, Phoenix, and Salt Lake City. Danny Trejo intends to keep Trejo’s Tacos family-run and modest. He wants the world to know that he’s serious about changing how people eat. Trejo knows that families take their children to eat fast food because it’s inexpensive, easy, and enjoyable. But the ill effects of unhealthy eating are severe. Trejo has experienced several health scares, including liver cancer and bleeding in his brain, and he believes a change in diet helped him recover. He’s committed to offering better food to people in his restaurants. 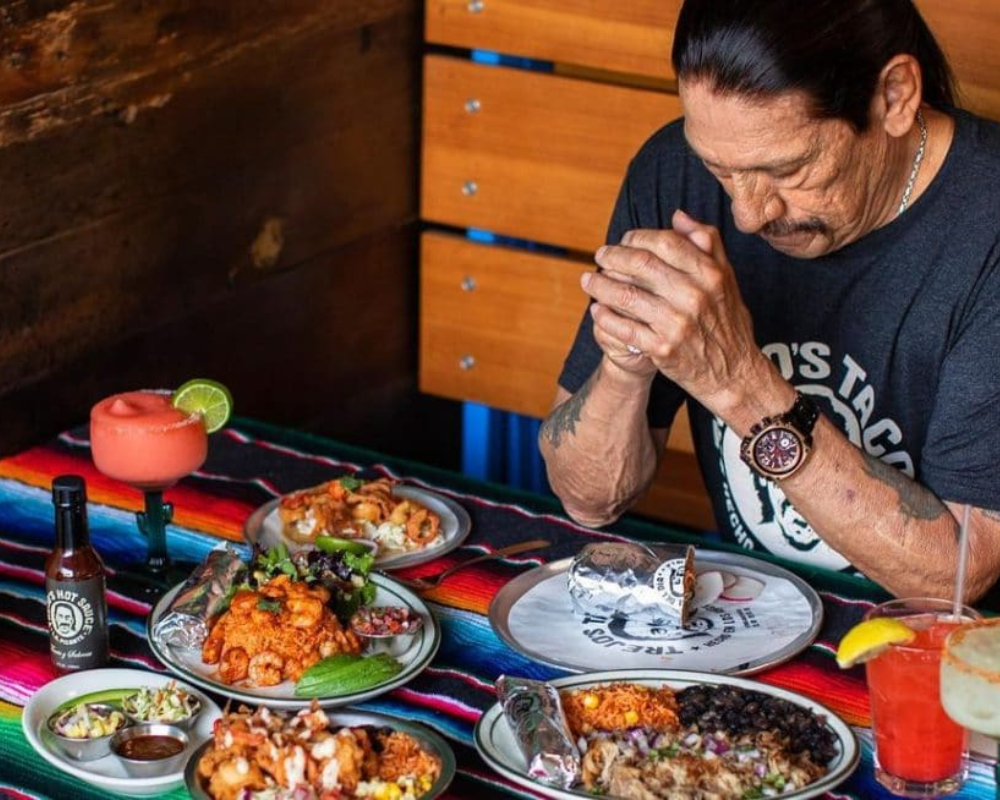 You can enjoy boldly flavored Mexican food at the restaurants, without feeling weighed down by it. The original Trejo’s Tacos menu was consulted by L.A. chef Daniel Mattern, and the team at Trejo’s Tacos has kept things exciting ever since. You’ll find a verde slaw, a citrus marinade, and pepita pesto on the steak tacos. A Baja-style cod taco, spicy shrimp, and a mashup of Indian and Mexican with a chicken tikka with rice, pico de gallo, and mint escabeche cream top the tacos and burritos. In addition, tacos are available with cauliflower, jackfruit, and Asada-style mushrooms. All tortillas, beans, and rice are vegetarian, and there’s no lard used in the preparation. In addition to horchata, kombucha, strawberry-lemon, and guava-lime agua fresca are other refreshing beverages.

These Are The Foods That The Queen Simply Won’t Eat

The Queen is the leading face of the Royal Family, and it seems as though even this Royal knows ...

Chocolate Tacos Are A Thing And They’re Incredible

Let’s be honest; there will never be enough desserts in this world to satisfy our sweet tooth - but ...

Ah, Tik Tok - the latest app that has taken over most of our lives. It’s been the home to many new ...