Rosé has continued its trail of domination as it becomes an ever more popular ingredient. It seems that everything these days can be subject to the rosé treatment, from ice cream to slushies, to cupcakes, and even the humble doughnut.

As rosé’s place in the cultural pantheon is cemented, at least for now, it was only a matter of time before big brands began promoting themselves through excellent culinary partnerships, and thus, the Chandonut was born. 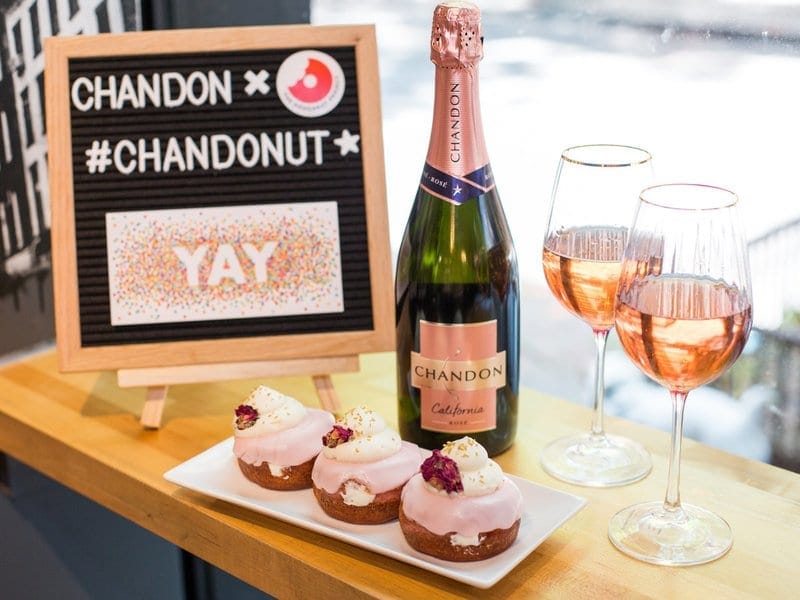 The sparkling wine label, Chandon, decided to partner with an East Coast doughnut upstart, The Doughnut Project, in order to create a sublime rosé doughnut. It features a picturesque pink topping that’s been made with a generous dose of the sparkling rosé, and even the doughnut’s dough itself has gotten a bit of the pink treatment.

The rosé infused doughnut gets its second dose of the floral sparkling wine in its filling, which is a smooth and creamy rosé buttercream. Given its regal stature, the doughnut wouldn’t be the same without its elegant finish. The doughnut is rounded off with a sprinkle of edible gold flakes and a rose petal for a rustic, yet polished, appearance. 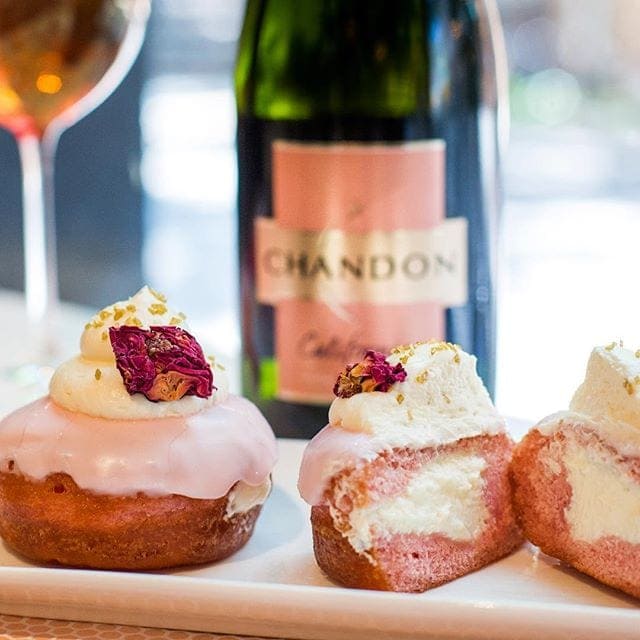 The rosé doughnut was debuted just days before National Rosé Day and was only available to customers for a few days. However, given rosé’s sheer popularity, we can only imagine that a treat this special might become a more regular part of the pastry rotation.

The Doughnut Project is an artisan doughnut shop with locations in Manhattan’s West Village as well as a new second location in Central Park. The shop has been breaking boundaries with their doughnut flavors since they opened, and the rosé doughnut is almost par for the course for the company. Recently, they’ve been focusing on restaurant partnerships that see popular dishes and cocktails transformed into doughnut flavors.

Grab a bowl, find some milk, and prepare to pour the next-best bowl of cereal to hit the shelves. ...

The Bottomless Belgian Chocolate Factory to Satisfy Your Sweet Tooth

The Neuhaus Belgian Chocolate Factory is the closest thing to heaven to countless chocolate ...

When it comes to versatility, there aren’t many foods that can stack up against potatoes. Not only ...