Ahoy there mateys! Brooklyn’s got a fresh catch on the dock. Anchored at Pier 6 in Brooklyn Bridge Park, Pilot is the newest project for restaurateur duo, Alex and Miles Pincus. Pilot is the sister restaurant to the pair’s first floating venture, Grand Banks, another seafood restaurant and bar docked in the TriBeCa neighborhood of lower Manhattan.

The brothers outfitted the vessel with two bars, a marble wrap around oyster bar towards the front of the ship, better known to seafarers as the prow, and a second classic cocktail bar at the stern. This new venture caters to the Brooklynites among us, particularly those who live in the upscale Brooklyn Heights neighborhood. 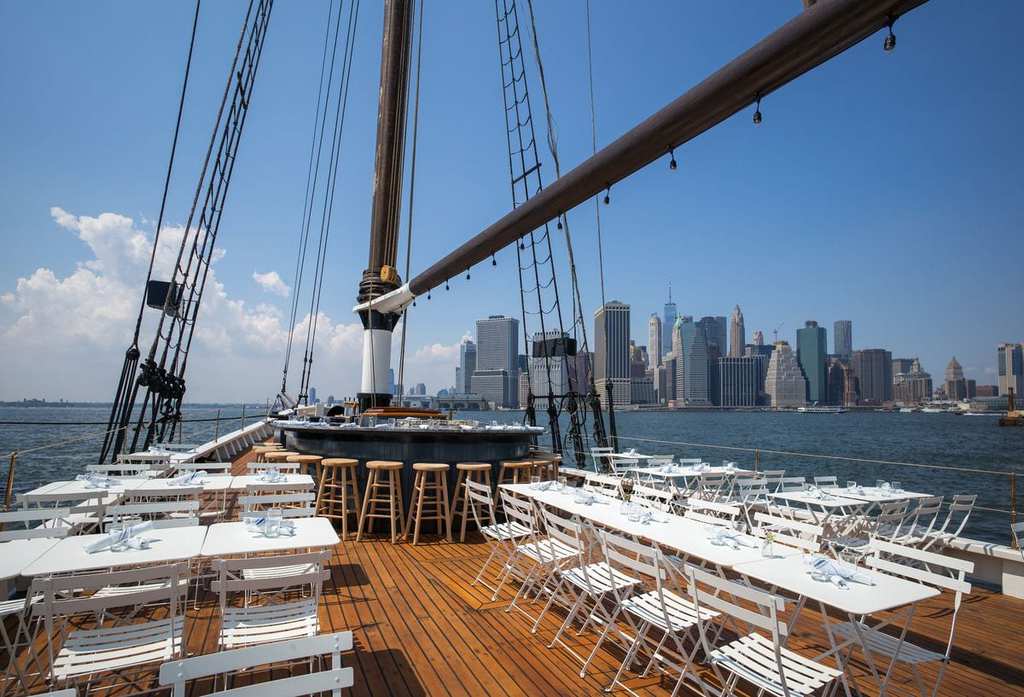 The Pincus brothers grew up sailing the open seas, before they got involved in opening nautical themed restaurants. Beginning with Grand Banks, which they opened in the summer of 2014, they use their restaurants for the dual purpose of serving deliciously fresh seafood, as well as donating a portion of their proceeds to the Maritime Foundation, which helps to preserve antique sailing vessels. 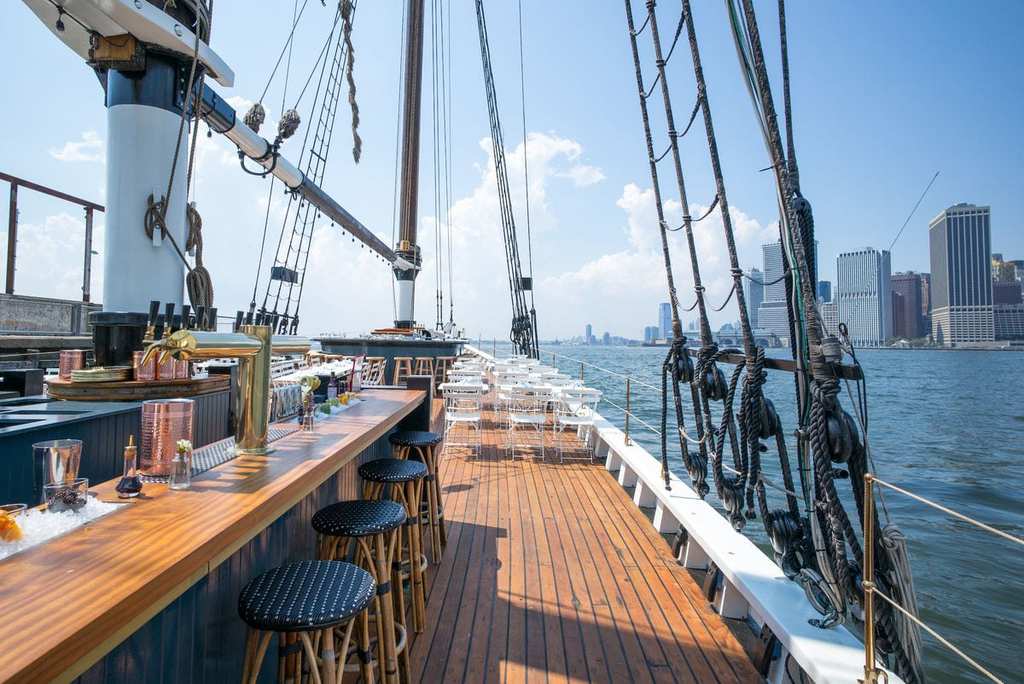 The brothers discovered the ship that houses Pilot abandoned in a shipyard in Boston last year. The schooner, which was built in 1924 was originally intended for racing in sailing competitions, before eventually being repurposed as a “pilot” meaning that it ferried passengers from the pier to larger vessels that needed to be anchored in deeper water. The pair spent a year restoring the boat to top condition, after they sailed it down to New York. 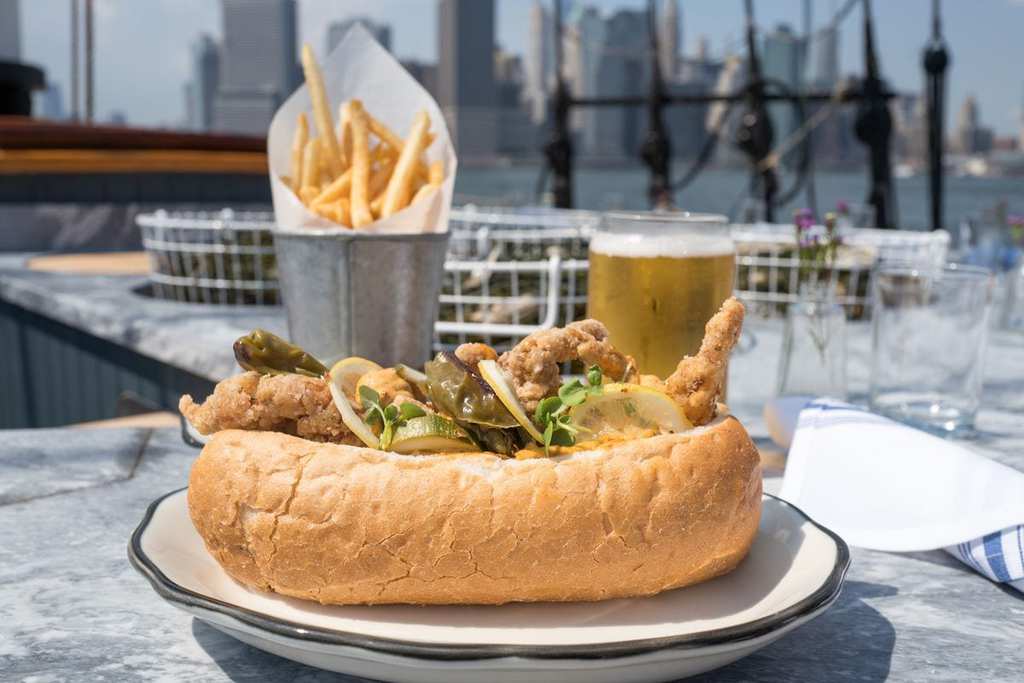 Open only during the warmer months, both Pilot and Grand Banks are in service from April to October, Pilot serves up a menu inspired by the daily catch. The chef de cuisine is Kerry Heffernan, who first made a name for herself in the culinary world at Eleven Madison Park.

Featuring oysters distinguished by origin, soft shell crab, and a lobster roll that Grub Street called “absolutely worth it” at $25 a pop, the food is complemented by a cocktail list that pays homage to the culture of the sea. Open weeknights from 3 pm to midnight, plus weekend brunch, take advantage of this unique dining experience before it sails away.

About the Mangrove Restaurant That Is Featured in Small Axe

Small Axe is a short series that recently made its way to BBC One and iPlayer. It couldn’t have ...

Did you know that more than 800 million the tasty Currywursts are eaten in Germany, every year? ...