Bedazzled food may be one of the hottest trends, along with unicorn styled everything, from toast to cupcakes, and even Frappuccinos. However, it seems this trend is going one step too far when America’s premier ranch producer has announced that it’s giving away a bottle of ranch dressing that’s worth $35,000.

Given that it might be America’s most popular salad dressing, it’s not surprising to see something so ordinary given such reverence. The reason behind the release though has nothing to do with ranch itself being special, rather the company has design the jewel incrusted bottle in celebration of the upcoming royal wedding. 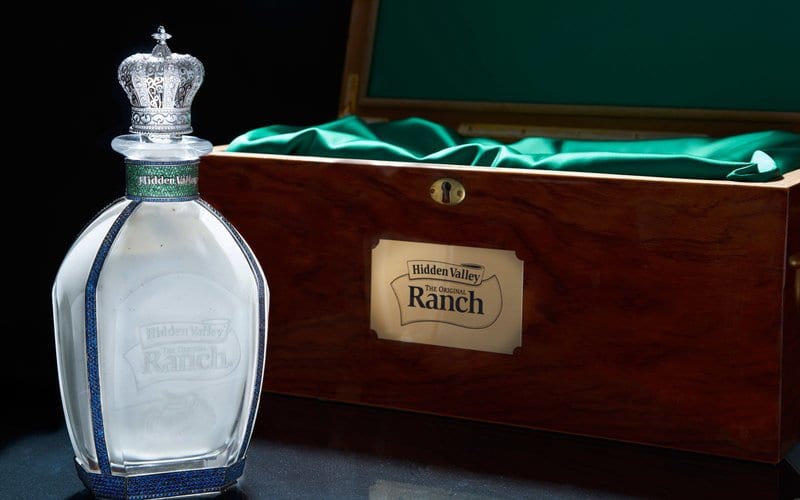 Coated in 18 karat white gold, you’ll want to be careful should you become the lucky owner of this pricey elixir, as ordinary as the contents itself may be. The cap will crowned with jewels in a design that purposely mimics that of the true British crown.

In a brilliant cascade of diamonds and sapphires, you’ll want to be gentle unscrewing it, lest you dislodge the expensive minerals crusting the crown. Hidden Valley has explained that they’ll be producing two such bottles, one that they’ll kindly send to the royal couple in honor of their nuptials. 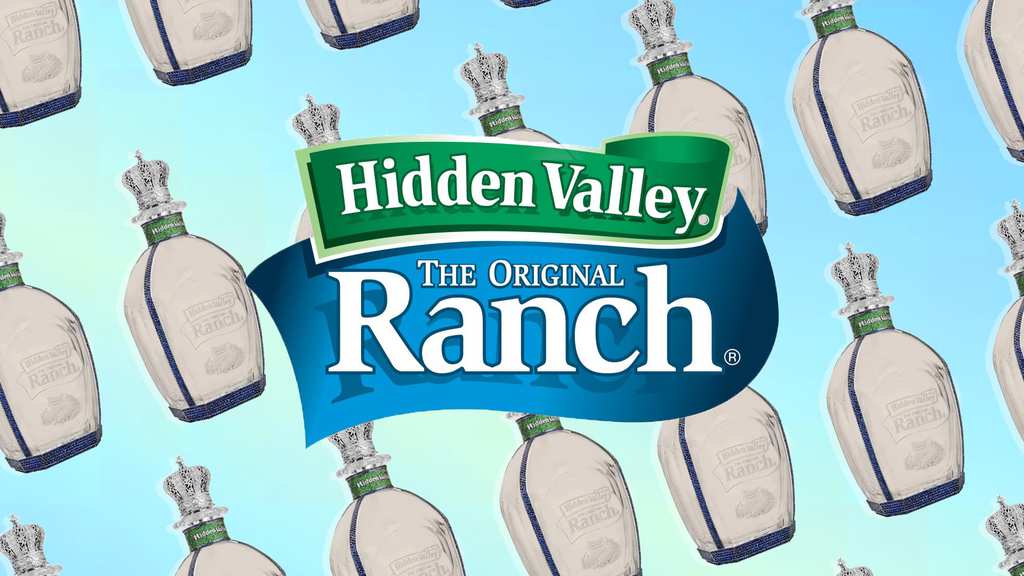 The other bottle will be available to win via sweepstakes, and knowing just how deep the love of ranch dressing runs throughout the US of A, we imagine there will be no shortage of contestants.

Those considering entering to win the contest should be aware, however, that should you be crowned the lucky winner, the cost of the bottle will be included in your tax filings as part of your 2018 income, meaning not only will you be taxed for the prize, but you may even see yourself bumped up to a higher tax bracket, proving that gold coated ranch may not be all its cracked up to be.

The cobalt blue wine that began its launch in Spain, is hitting U.S. shelves very soon. The ...

Leave it to celebrity chef Alton Brown to teach us an entirely unexpected way to make meatballs, ...

One of the distinct features of the blockbuster Breaking Bad was whiskey. The flick showed ...