Home cooks with a passion for food will often come up with innovative recipes, with some going down a treat while others don’t work as well. A user named Whiskeyjelly posted a picture on Imgur, showing their concoction of a pineapple stuffed and wrapped with pork. Whiskeyjelly cleverly decided to call their hybrid invention the ‘swineapple’ and was then surprised to find out that his post had gone viral, with many people being impressed with the combination. 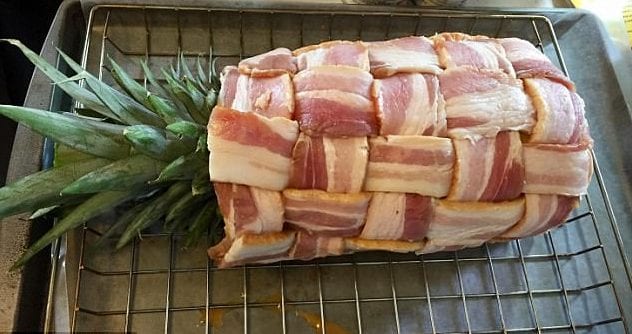 Although the ‘swineapple’ looks to be something rather unusual, it was not an original idea as the odd creation was first posted online by Texas native, Josh Bush in 2015, but the trend did not catch on at the time. However, in 2017 it has turned out to be a viral barbecue dish with meat lovers salivating over the juicy looking pork.

Thousands of people shared the images online with many people commenting on it too. One user jokingly wrote, “I would honestly marry this and try to have babies with it,” while another person admitted they needed to beg someone to make it for them, seeing as it takes three to five hours to complete. 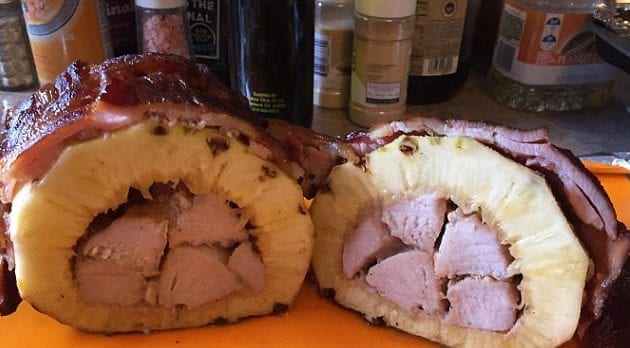 The incredible response it received online led Whiskeyjelly to post the recipe for the ‘swineapple’. The recipe starts with hollowing out a pineapple and stuff it with raw pork loin. Then you must create a bacon lattice which is then wrapped around the outside of the pineapple and hold it in place with wooden skewers. For cooking, the whole pineapple is left to smoke at 255 degrees for around five hours. 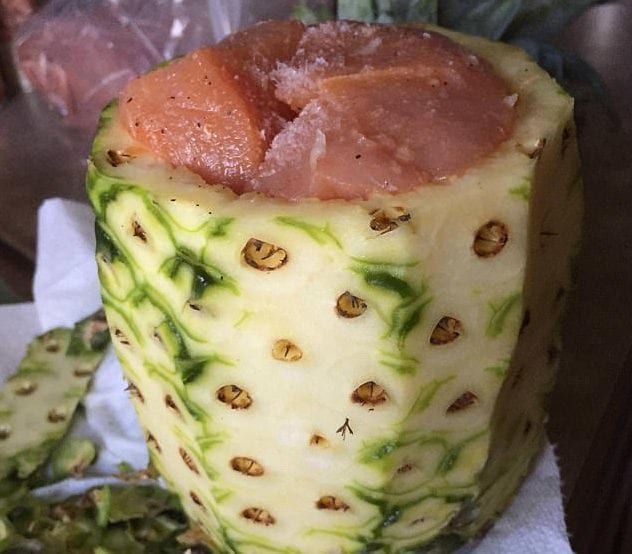 The easy steps and the three ingredients mean that it is a dish that most people will be able to successfully make, but not everyone was convinced by the creation. Many people said that they hated the taste of cooked pineapple with others agreed and adding that the texture’s would not mix well together.

Easy Charred Vegetarian Ragu for the Best Taste and Presentation

People who like to feel the flavor of their favorite comfort foods often go with the slow-cooked ...

Whoever said that food is good for the soul was obviously eating a burger when they thought of it, ...

Avocado Lattes Are Here To Satisfy All Your Basic Girl Needs

2016 saw the boom of the avocado craze; putting it on toast for a delicious brunch pick-me-up; ...