There’s nothing better than chowing down on some delicious ice cream in the summer, right? Well, we’re here to show you that actually, there is something better than chowing down on delicious ice cream in the summer. That’s because we’re going to share a recipe that will change the ice cream game forever. After all, everything’s better when it’s fried, and that’s no different when it comes to fried ice cream… 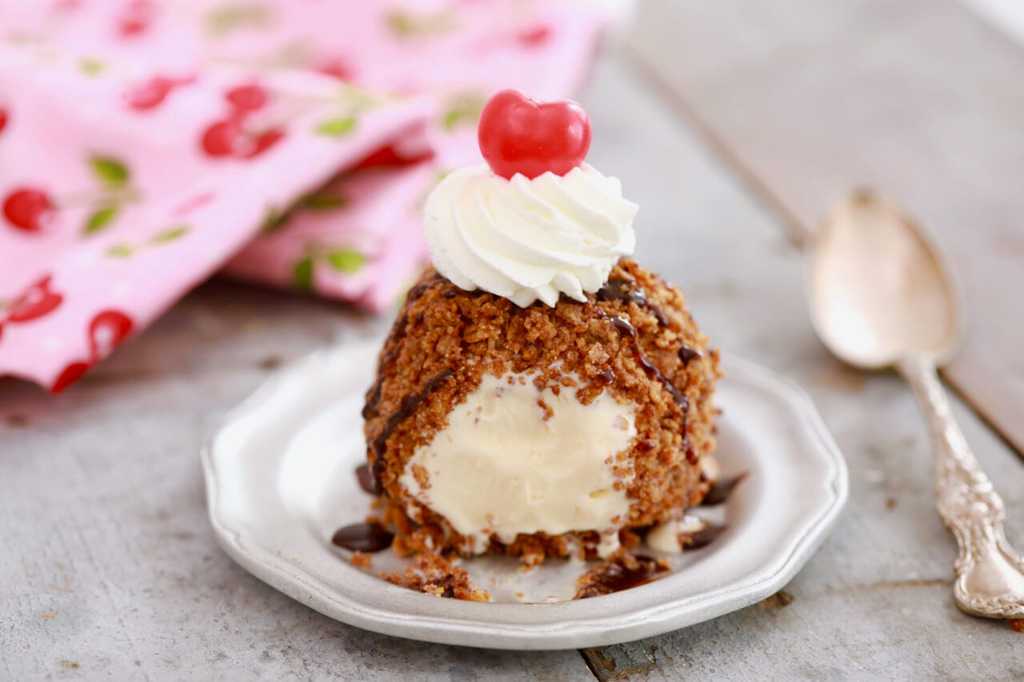 To make this fried ice cream recipe, you’ll need a few ingredients – but don’t worry, you won’t need to head to the grocery store to stock up on things you’ll only use for this dish and never again. Simply raid your freezer for a pint of ice cream of your choice, and raid your pantry for 1 ½ teaspoon of butter, 1 ¼ cup of crushed corn cereal, ½ teaspoon of ground cinnamon, and 2 teaspoons of granulated sugar. For your garnishes, you’ll need whipped cream, sprinkles, and some yummy maraschino cherries. 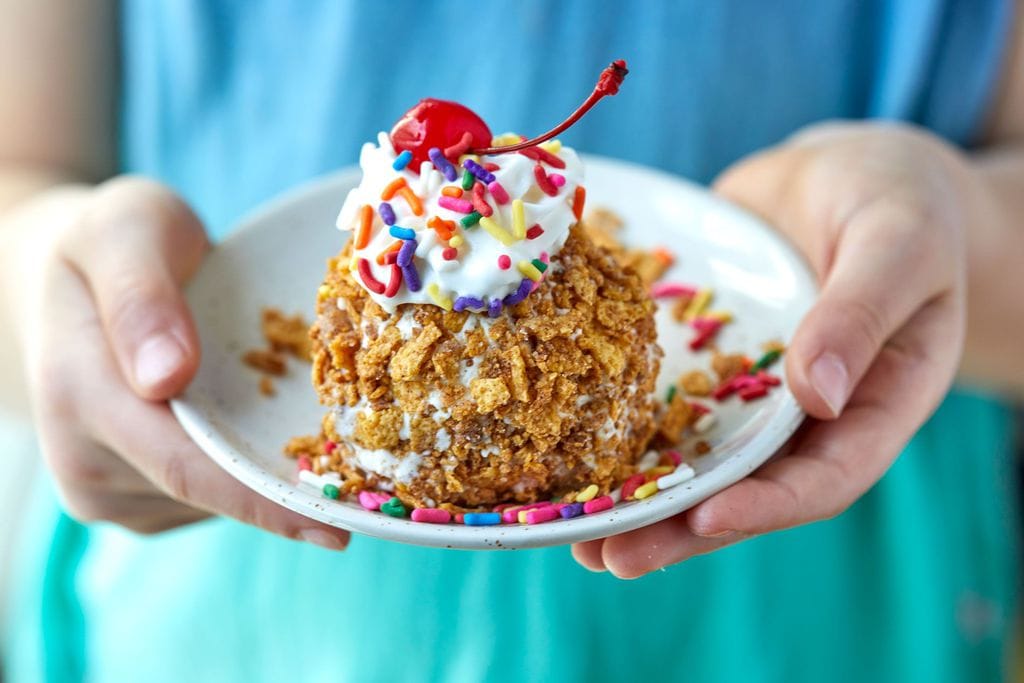 Once you have all of your ingredients ready, you’re going to want to place four scoops of ice cream onto a piece of parchment paper and immediately place it in the freezer for around 30 minutes. During this time, you can melt the butter and add the corn cereal and the cinnamon into a pot. Once it’s golden, remove from the heat and stir in the sugar. Then, let it cool. After the 30 minutes is up, take the ice cream scoops out of the freezer and roll the balls into the cereal mixture. Then, top with the whipped cream, sprinkles, and cherries, and voila! Of course, you might want to eat these bad boys pretty quickly, as nobody likes a melted ice cream.

It’s important to realize that this fried ice cream treat isn’t really fried. We can’t imagine that dipping ice cream balls into oil is good for anyone, but this recipe certainly is.

Although chef Mark Ladner won a Michelin Star for his work in New York City's Del Posto, he has ...

The Secret Behind the Tasty Salads in Restaurants

We all know that the salads served in restaurants usually taste way better than their homemade ...

What Equipment All New Bakers Need In Their Kitchen

Baking is a great hobby to take up. Not only does it give you another skill, but you also get to ...