Ice cream is one of the simple joys of summer. There is not much better on a hot day than a cold treat to cool you down. A Cincinnati woman discovered an interesting tidbit about Walmart’s store-brand ice cream sandwiches – they do not melt. 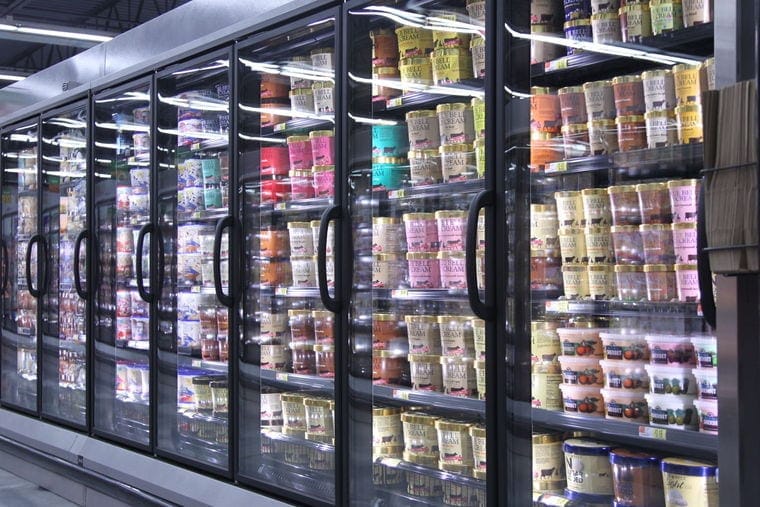 Christie Watson was cleaning up after her son when she realized something peculiar about his leftover ice cream sandwich. Watson’s son had left his Great Value brand frozen sandwich on their patio table for over 12 hours on an 80-degree day.

Strangely enough, Watson was shocked to see that it had held its shape the entire time.

She decided to do a test to see if this was a fluke. Watson left another Great Value sandwich in the sun for 12 hours and, again, the ice cream barely wilted from its original shape. 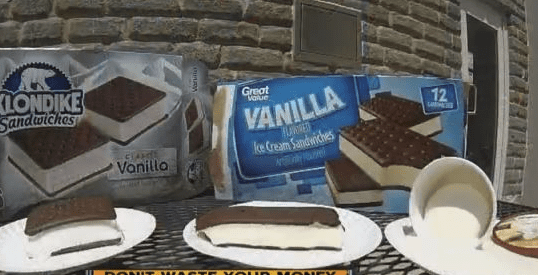 WCPO, the local news station which first reported this “magical” sandwich, also tested the Great Value ice cream sandwich’s ability to remain solid. They tested it alongside a Klondike bar and a cup of Haagen-Dazs for 30 minutes in direct sunlight.

The Haagen Dazs melted the quickest, with the Klondike Bar not far behind. Of course, the Great Value sandwich “remained the most solid in appearance, and still looked like a sandwich,” they reported.

She continued, “Ice cream with more cream will generally melt at a slower rate, which is the case with our Great Value ice cream sandwiches.”

According to their site, it also has “1% or less of mono-and diglycerides, vanilla extract, guar gum, calcium sulfate, carob bean gum, cellulose gum, carrageenan, artificial flavor, and annatto for color.” These additional ingredients are what keeps the ice cream from melting.

This is not the first time the public has seen no-melt ice cream. Cold Stone Creamery launched a no-drip ice cream in 2009 which contained the food starch found in Jell-O.

The state of Yucatan in Southeast Mexico is rich in indigenous gastronomic culture. The unique ...

These New Coffee Creamers Will Make Your Coffee Taste Like Candy

For those excessive coffee drinkers out there, our deepest condolences as now there will be no way ...

Not only has the ISS revealed plans to build a luxury hotel in space, but discussions are already ...