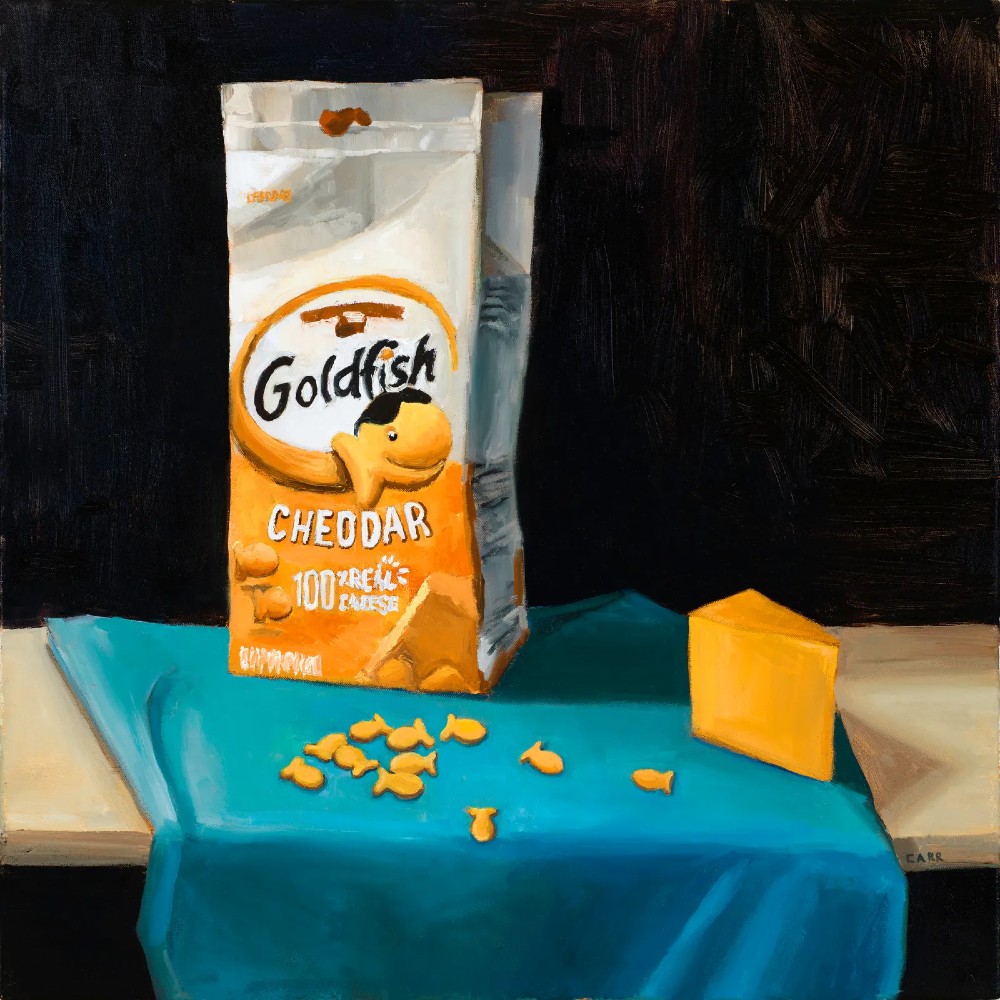 Food has long been given a realistic treatment on canvas. Several acclaimed painters like Chardin and Manet popularized the unique style of painting foods with oil paints, moody lighting, and thick brush strokes, ultimately creating dramatic vibes. But modern painters, who are following this specific line of artwork, are now gravitating toward subjects more relatable to their own lives. These new-age artists are painting contemporary snacks in the same century-old classical style. 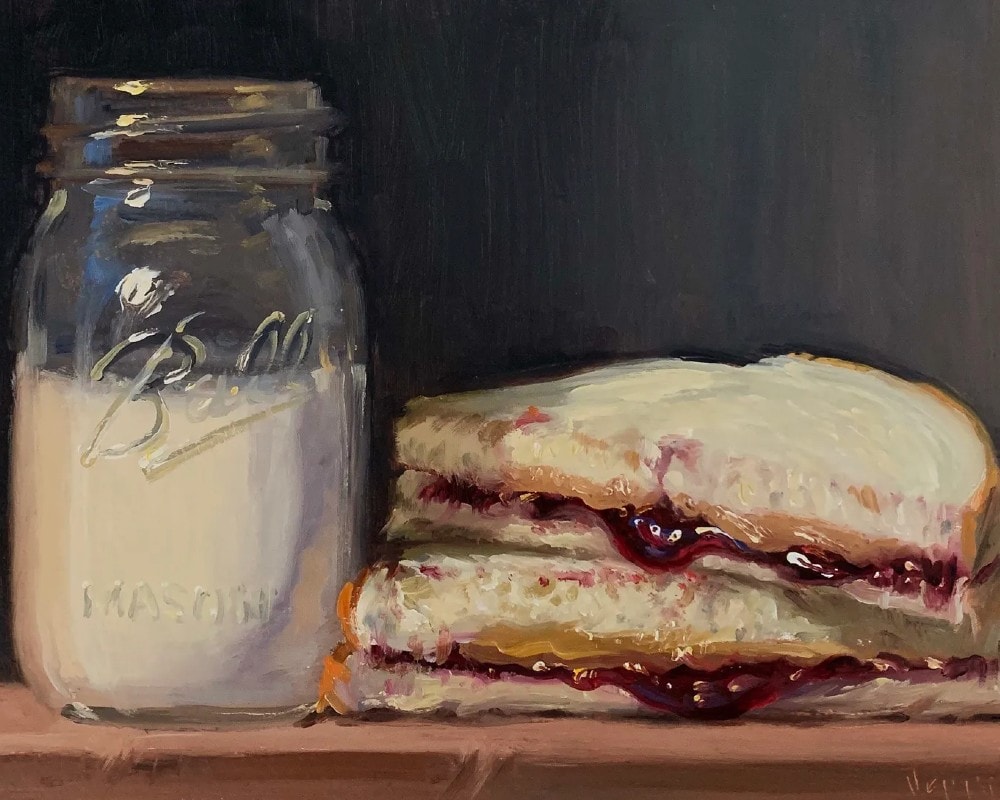 Still-life painter Noah Verrier is one of such a handful of modern artists, who gives our beloved regular snacks a touch of timeless classic aura through his brushstrokes. Specialized in classic still-life paintings from the Florida State University, Verrier was heavily inspired by the works of Chardin and Manet, the celebrated 18th-19th century still-life artists. But with time, he got bored with capturing hams and fruits on canvas. Instead, he craved something more relevant to his mundane life. So, Verrier started to capture the deeply familiar foods like PB&J sandwiches, Chinese take-out boxes, cheeseburgers, and beloved snacks like Flaming Hot Cheetos, doughnuts, gummy bears, and many more.

A Touch of Nostalgia

There’s no argument that artists like Verrier are evoking a deep nostalgia for our childhood through their artworks. Thanks to them, today we can see enigmatic oil canvases with a chocolate-chip cookie on a lavender-shaded backdrop, a cinnamon bun with oozing icing, a box of Cheez-Its coquettishly standing on a blue tapestry, and others. Interestingly, all these paintings honor our childhood snacks with the same importance as serious still-life paintings. The uncanny juxtaposition between antique mediums and contemporary subjects has made the paintings somehow both fresh and bygone. There’s no surprise that all these artistic depictions of snacks have garnered attention and applause for their innate nostalgic characteristic with a timeless style of elevating the mundane.

Exclusive Hotel Enticing Millennials With Offer Of A 10 Pound Doughnut

The JW Marriott Desert Springs, located in Palm Springs, CA has come up with an ingenious solution ...

One Surprising Place Gordon Ramsay Would Never Eat At

There is no doubt that Gordon Ramsay's standards are incredibly high, and there are many ...

For many adults, the idea of waking up with a cup of coffee is something we find difficult to ...