When TV personalities the Fung Bros visited New Orleans, they only had $100 in their pocket to spend on a day’s worth of food. At their first stop, Cafe Envie, they got a taste of the Breakfast in a Go Cup, which is arguably the most popular breakfast in the entire French Quarter. 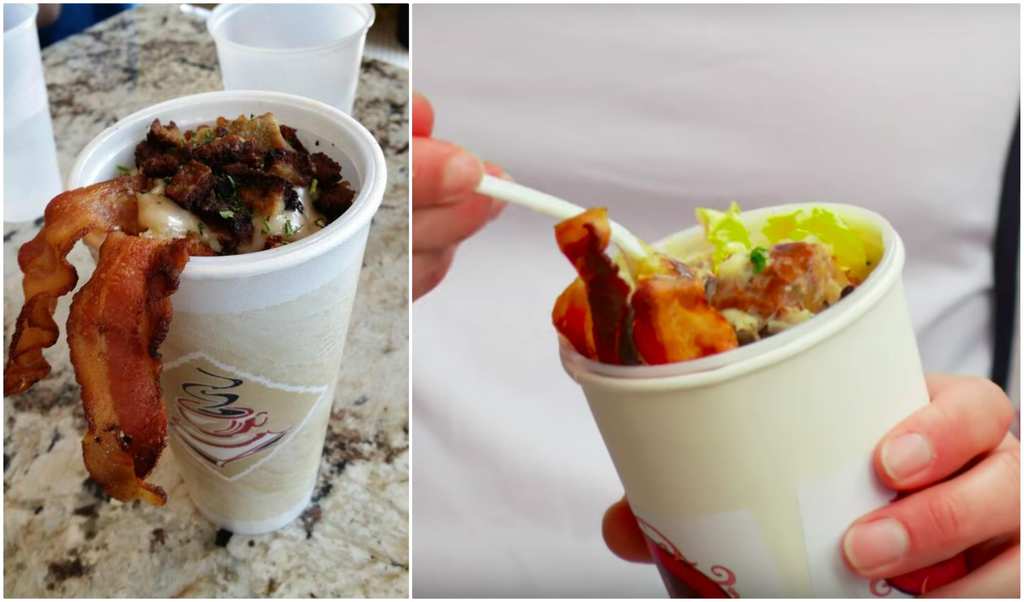 “You can’t find it anywhere else here in New Orleans.” Intrigued to see how the Breakfast in a Go Cup was made, the Fung Bros took notes as Derrick worked his magic. He started off making the country gravy, which required a lot of butter.

While they waited for the gravy to cook, Derrick threw two pieces of bacon on the stove. The brothers asked Derrick how he came up with such a revolutionary idea. “We normally get a lot of business…a lot of folks that work here in the French Quarter,” Derrick explained. 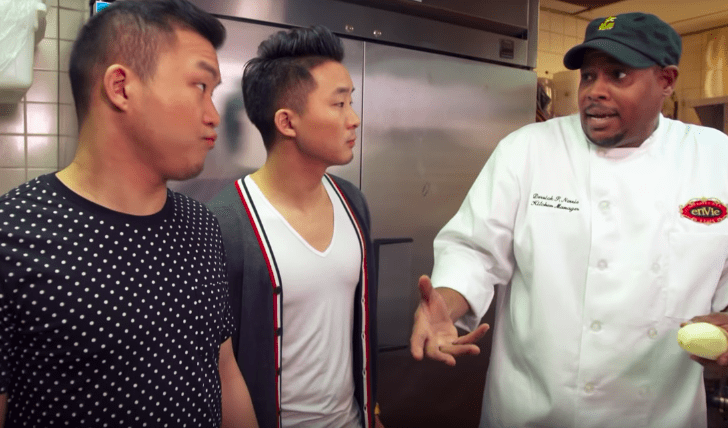 “They are extremely busy. We just wanted to give our guests an option. I’m like, ‘Hey, we could just put it in a cup.'” As he explained the secret behind his awesome invention, Derrick started shredding potatoes as he prepared his hash browns.

Following this, Derrick introduced the piece de resistance of this exquisite breakfast – the Boudin sausage. He chopped it up into small pieces and voila, all the ingredients were ready to put in the cup.

The order of insertion is as follows (from first to last): grits, eggs, hash browns, country gravy, boudin sausage and finally, some more gravy. “It’s just an adventure in a cup,” Derrick cheekily said, as he made the finishing touches. 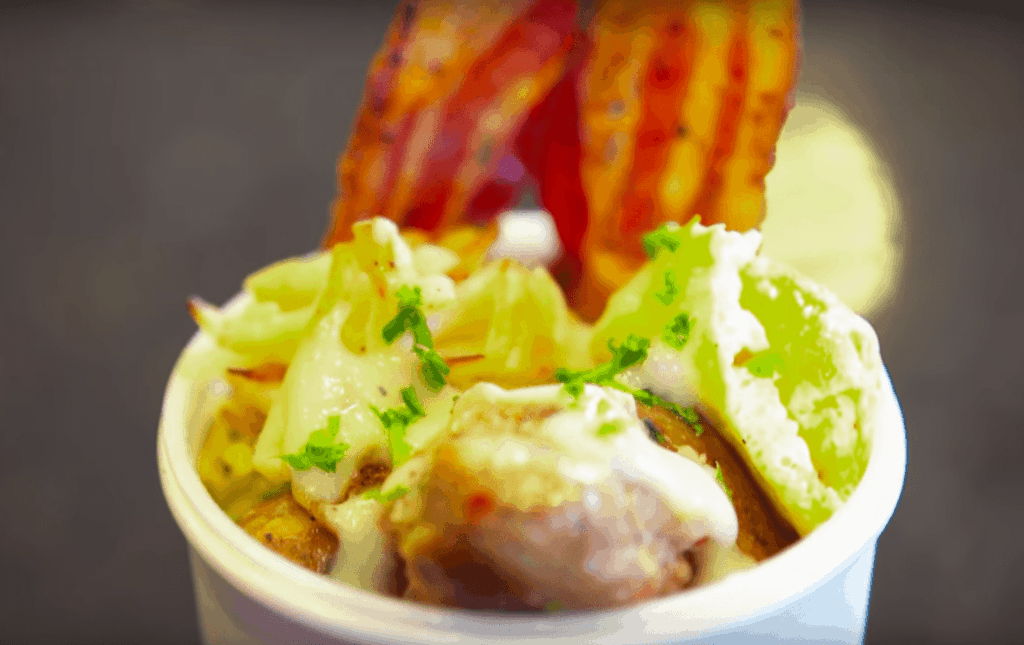 As the Fung Bros enjoyed their breakfast to-go, they did what they usually do – take a selfie with their new beloved meal and share it with the world. Amazingly, this was just the first meal of their New Orleans bonanza.

James Beard-winning chef Joachim Splichal has his own special way of catering for over 9,000 people ...

Celebrity chef Wolfgang Puck has, for quite some time now, become synonymous with the Oscars. His ...