If you ask New Yorkers to name the one food that they most associate with the city, you’re likely to find that pizza is somewhere near the top of the list. Along the same lines, you’ll also find those, especially those who have left the confines of the Big Apple, mentioning some genuine New York deli, or a perfectly chewy fresh baked bagel. You may have thought it was impossible to combine all of these things into one delicious dish, but you’d be wrong because Speedy Romeo on the Lower East Side just did. 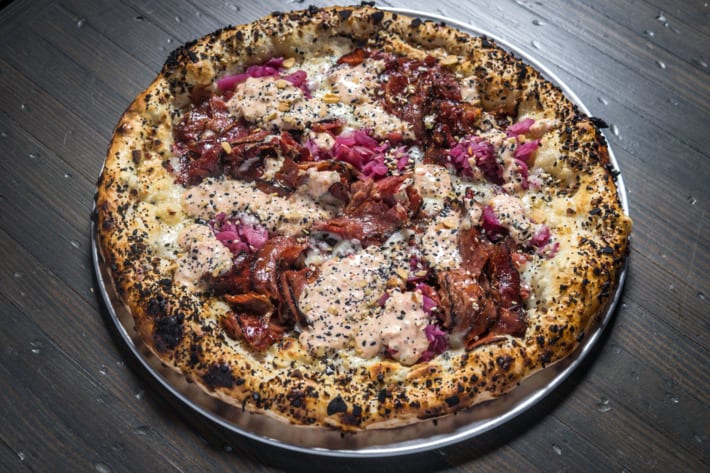 New Yorker’s love of pastrami stems from the proliferation of Jewish delis that began dotting the city as Jewish immigrants from Eastern Europe set up shop upon their arrival in America. While many of those original delis have closed, Katz’s remains a cultural institution.

When Justin Bazdarich, who heads up Speedy Romeo told the time-honored deli that he wanted to create a pizza with their pastrami, considered some of the best in the country, they were hesitant at first, but agreed to give it a go. 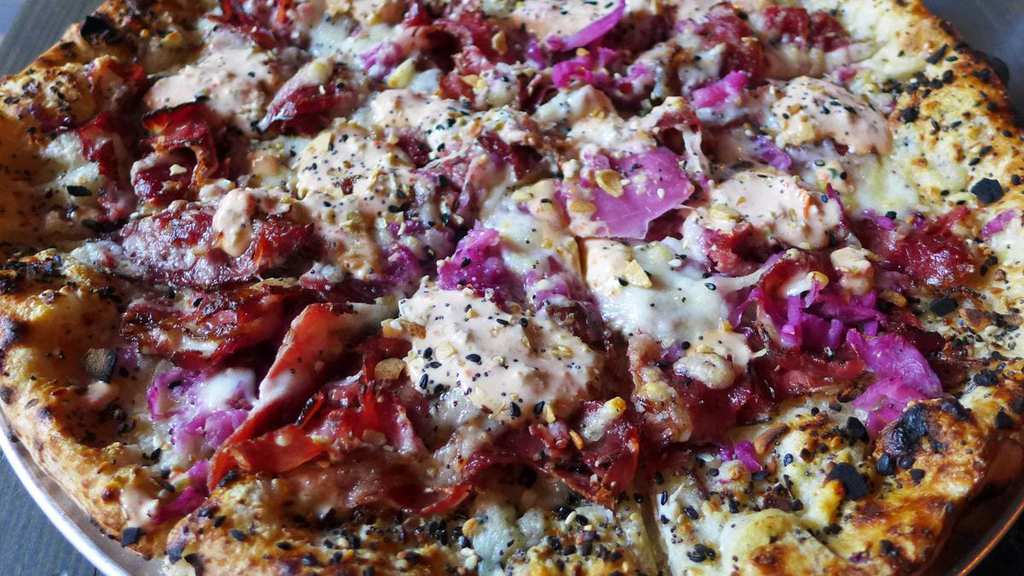 Bazdarich created a pizza that pays homage to some of the most hallowed foods in New York history. Rather than giving the pastrami pie a base of tomato sauce. He opted for a Dijon mustard infused bechamel sauce as the pie’s base. He then tops the crust with a liberal helping of pastrami, accompanied by smoked red saurkraut.

The pizza is then topped off with fontina cheese and a drizzle of 1000 island dressing. That might sound like it captures both pizza and a pastrami sandwich in one dish, but Bazdarich had a finishing touch to make it the most New York pizza ever created: the crust is dusted with the seasoning that goes on everything bagels, leaving no stone unturned.

Dine In Luxury At 10,000 Feet With This Swiss Hotel

If you've ever dreamed of living like the stars, now you can get a taste of the VIP treatment at ...

Want Long Luscious Locks? Here Are The Best Foods For Your Hair

Is your hair not growing? Are you struggling to get that style you want because your hair is not a ...

Here’s Why Pizza Parties Are Back On The Menu

If you’re like us, then there’s a good chance you’ve missed the taste of freshly-cooked restaurant ...