It might sound like the stuff of fantasy, but for the German city with a river of chocolate running down the street, it’s more of a nightmare. Westönnen, Germany is about as chilly as the rest of Europe in the winter, meaning that when one of their storage tanks sprang a leak, cleaning the renegade chocolate off of the pavement was going to be a lot more difficult than simply mopping it up. 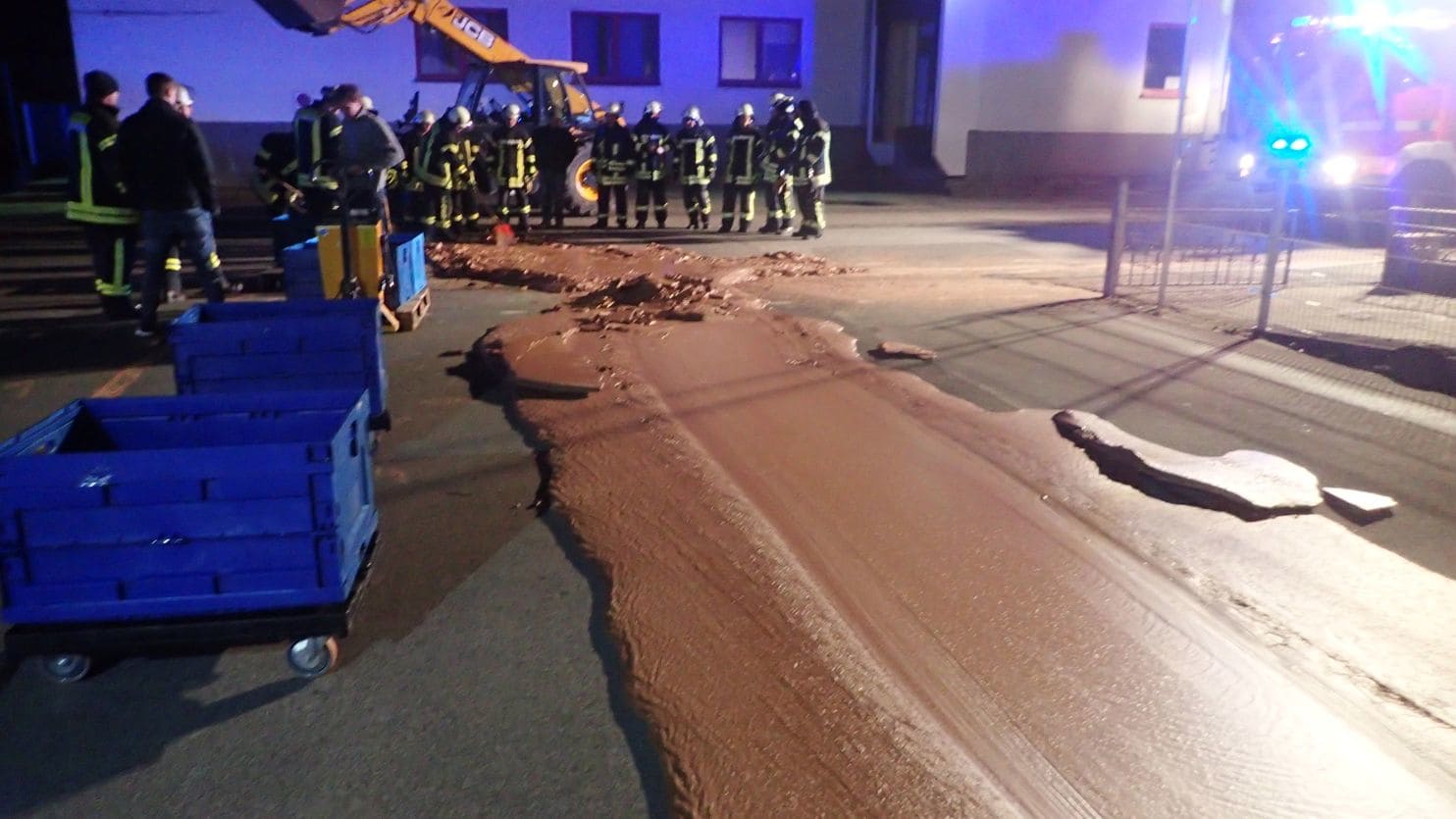 The leak began Monday evening at the DreiMeister chocolate factory. One of the tanks in the factory somehow overflowed, which led to the chocolate river making its way down the street. Of course, for chocolate to flow, it needs to be in a liquid state, which requires a steady heat source in order to maintain it. In the frigid December air, it quickly became apparent that the chocolate river snaking its way down the street wouldn’t be a river for very long. 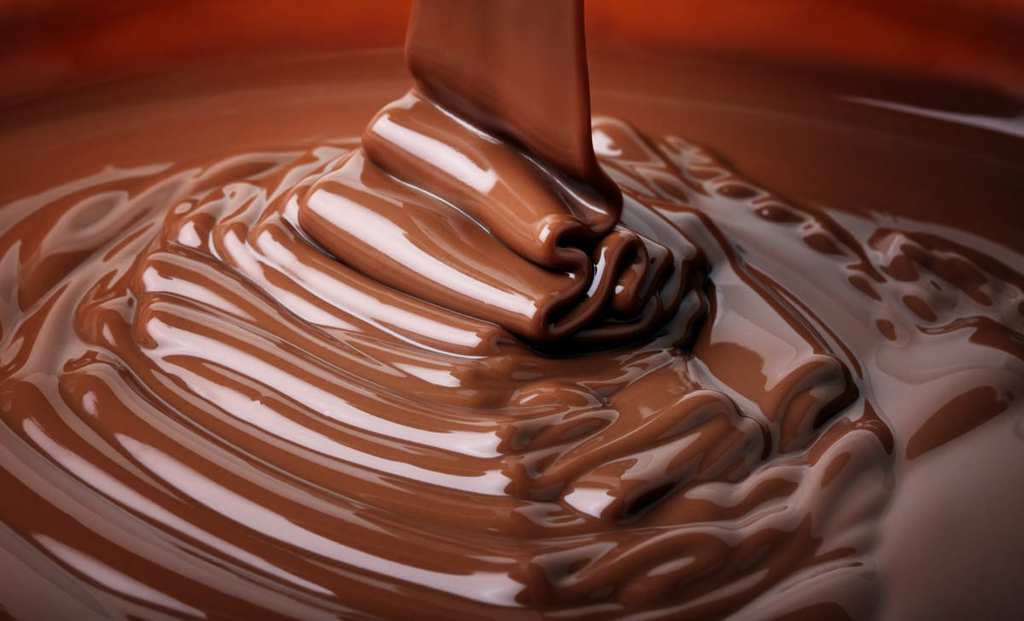 Though the news seems like it could have been easily managed by putting out a call for chocolate lovers, it seems the municipality quickly began to panic. The street was shut down while chocolate fanatics were tasked with holding themselves back. By that time, however, actually cleaning up the spill wouldn’t exactly be easy. Because of the trouble the spill could have posed to traffic, the fire department was called in. 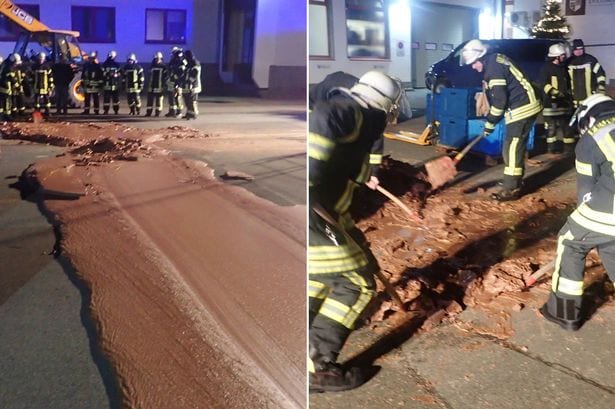 In order to clear the street, the team hacked at the solidified chocolate with shovels before moving in with hot water and blow torches to remove any remnants that had gotten stuck in the cracks of the pavement. With the chunks of chocolate lifted from the ground, they were sadly thrown straight into the garbage. But have no fear, the factory released a statement saying that they would reopen within a couple of days, assuring everyone that there will be enough chocolate for the holidays.

American Ex-Pats Reveal The Foods They Miss The Most

There are a fair number of benefits to moving abroad, as the many ex-pats will be happy to tell ...

Inspiration can come from anywhere, yes, even from dreams. A talented Huston chef, Alex Padilla ...