The JW Marriott Desert Springs, located in Palm Springs, CA has come up with an ingenious solution to enticing millennial guests to book rooms in their facilities. Called the “donut disturb” package, the hotel will deliver an enormous 10 lb, doughnut shaped cake to your hotel room, complete with milkshakes on the side for dipping.

The experience is designed for the Instagram influencers among them, who would feel compelled to photograph the laughable confection, which would then organically increase the hotel’s visibility. 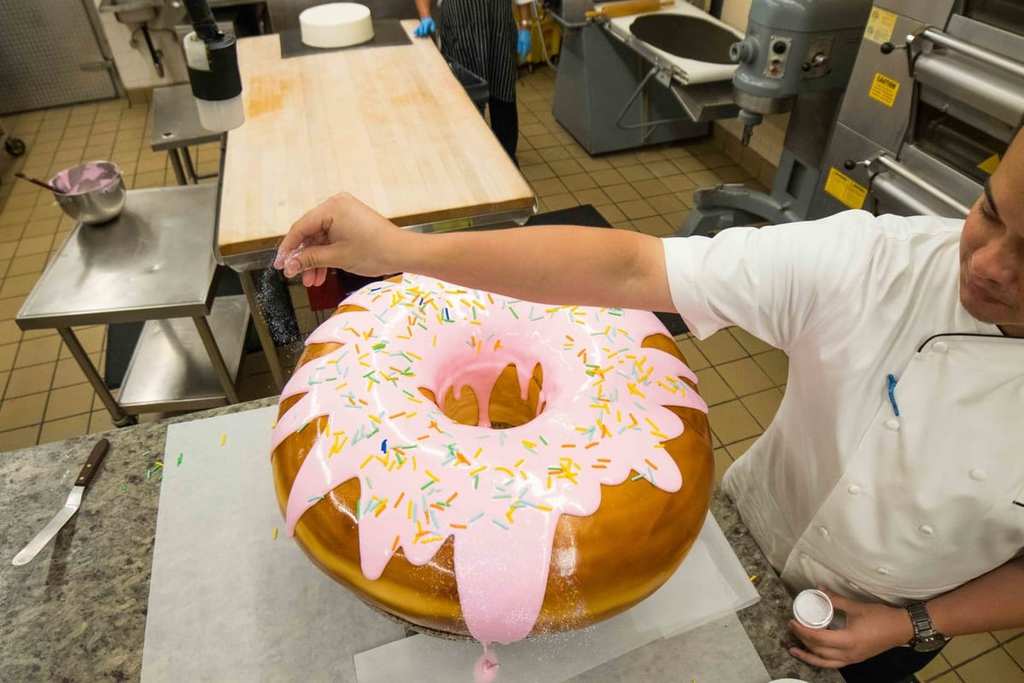 Though the doughnut looks like it came straight out of a cartoon, it is not in fact fried, but rather baked. The hotel has advertised a Tahitian vanilla cake filled with cream and raspberry jam, which fans of The Great British Bake Off might recognize as a classic Victoria sponge.

For the pink frosting, the pastry kitchen has chosen to drape the whole thing with pink fondant, which hides another layer of cream. The massive doughnut cake will set you and your friends back a solid $219, but it also includes $50 worth of services at the spa, restaurant, or golf courses on site.In addition to all of the sweets, your room will be provided with a cute door hangar labeled “Donut disturb” so you can your party can snack in peace and quiet. 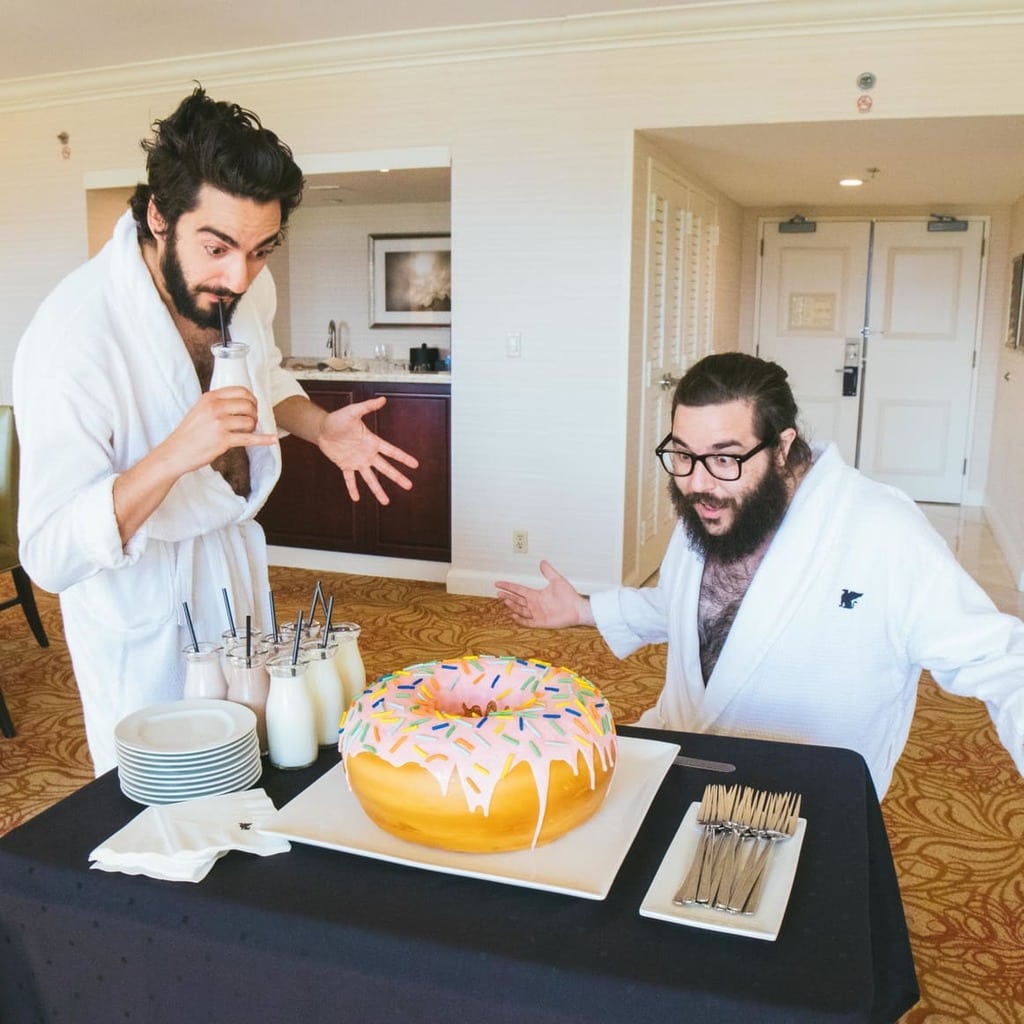 The JW Marriott in Palm Springs had an even bigger surprise for the launch of the promotion. Both a 40 pound version of the cake, and then even more monstrously, a 100 pound doughnut cake, all of which was made simply to draw attention to their hotel. But with vacationing millennials defecting to Airbnb in droves these days, hotels rightly need to do something drastic in order to draw them in. So, enter the 10 lb doughnut cake. We wonder what Instagram-able stunt standard hotels will come up with next.

There is no doubt that the Michelin star is the most coveted achievement that any restaurant could ...

The cobalt blue wine that began its launch in Spain, is hitting U.S. shelves very soon. The ...

Nothing says winter like getting everyone together for a little party indoors. But when that means ...