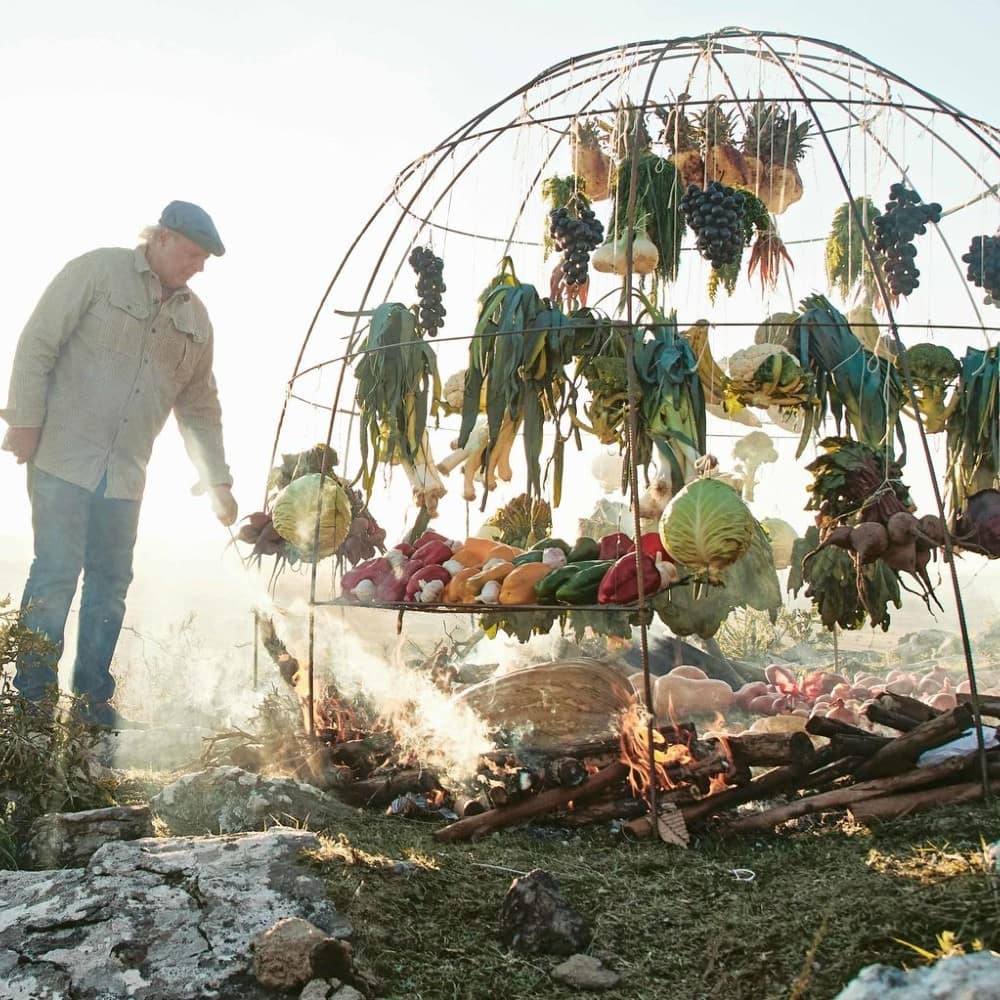 Francis Mallmann is changed. The star of Chef’s Table is still known for the scenes where he emerged from a wood-smoke haze, bringing a skillfully charred whole bird, fish, or animal to the table. But, now, the Argentine chef is going in a slightly different direction. The smoke, swagger, and showmanship are still there, but the meat has been replaced by bounties of eggplants, turnips, zucchinis, potatoes, pumpkins, etc. The master of live-fire, Francis Mallmann, is now grilling vegetables.

In his latest book Green Fire, co-written with Peter Kaminsky, Francis Mallmann has explored the alchemy of flame in connection with fruits, veggies, and herbs. The chef hopes that this venture would be the first step toward a course correction for the culture and climate. The book depicts the trajectory of Chef Mallmann’s experience of understanding fire and what it does to different foods. And interestingly, this time the ingredients are not his signature meat, but purely vegetarian dishes, drinks, and deserts. 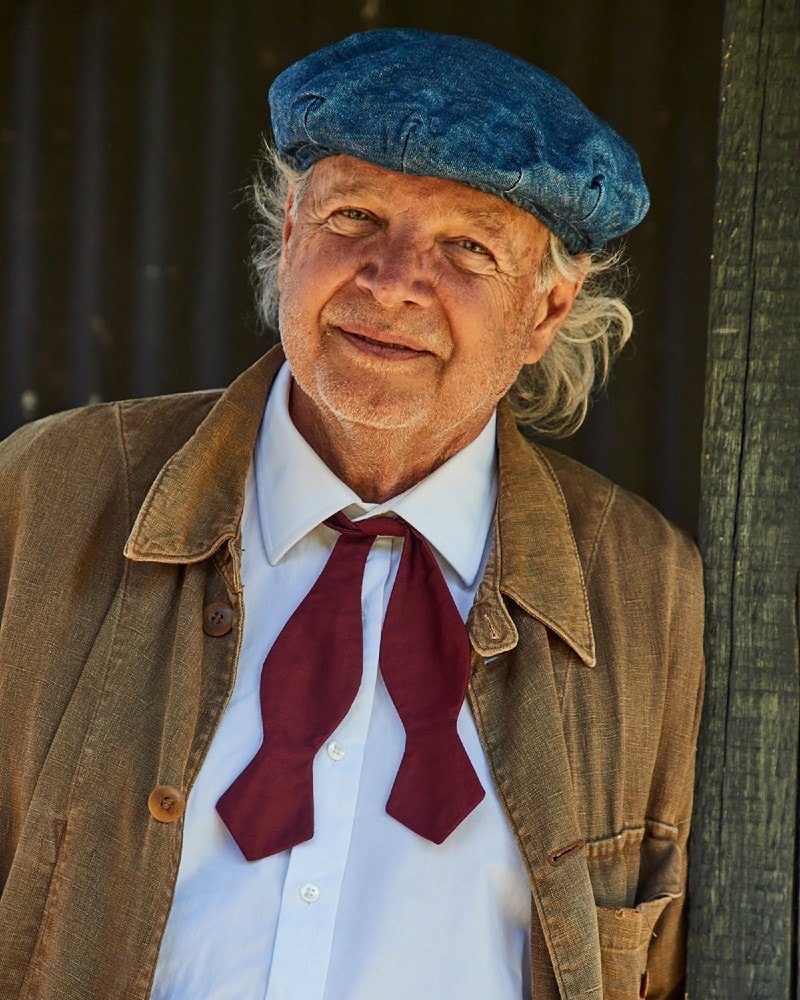 At 66 years of age, Francis Mallmann still doesn’t restrain himself from expressing his feelings about food and festivity. For novice grillers, the eccentric chef has some unique advice. While others focus on passion, enthusiasm, and hard work for success, Mallmann advises focusing on understanding and tenderness. Yes, tenderness! Like the classic Mallmann style, he explains that tenderness is the initial important step for grilling. It’s all about understanding the mate, which is the raw ingredients here. Looking at them and understanding the changes through the cooking or grilling process is the key. So, according to him, starting headfirst with a big fire would be just a disaster. 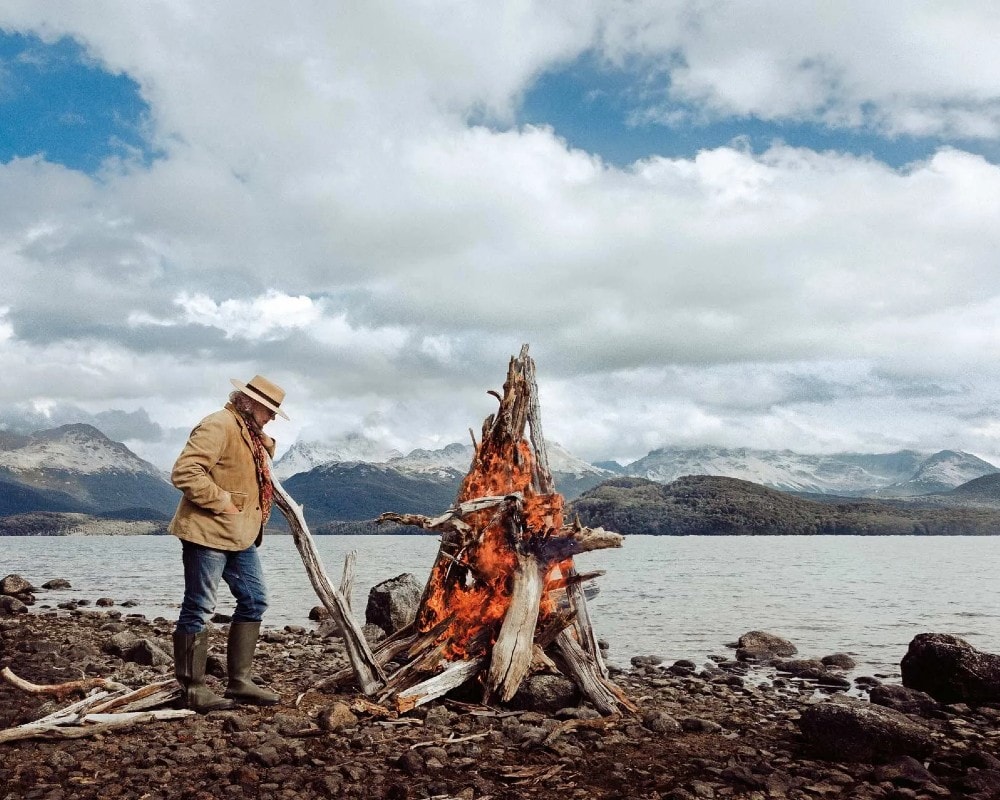 It’s incredibly unbelievable that the seasoned grilling guru gets his current inspiration from the younger generation. For the better part of the last decade, Francis Mallmann has been receiving several messages on social media from young people who have hugely admired chef Mallmann’s unique elemental approach to cooking, but alongside have encouraged him to focus more on plant-based ingredients. The sustainability of the earth and environment has been a rising question over decades and the increasingly informed involvement of the younger generation reminded the chef of the hippie movement of his own childhood. The effort of holding hands around the world and sharing a common cause has evolved chef Mallmann’s age-old food and fire knowledge. He felt he owed something to his young admirers, as they had manifested their ideas without criticizing his way. The new book is the result of that very feeling. 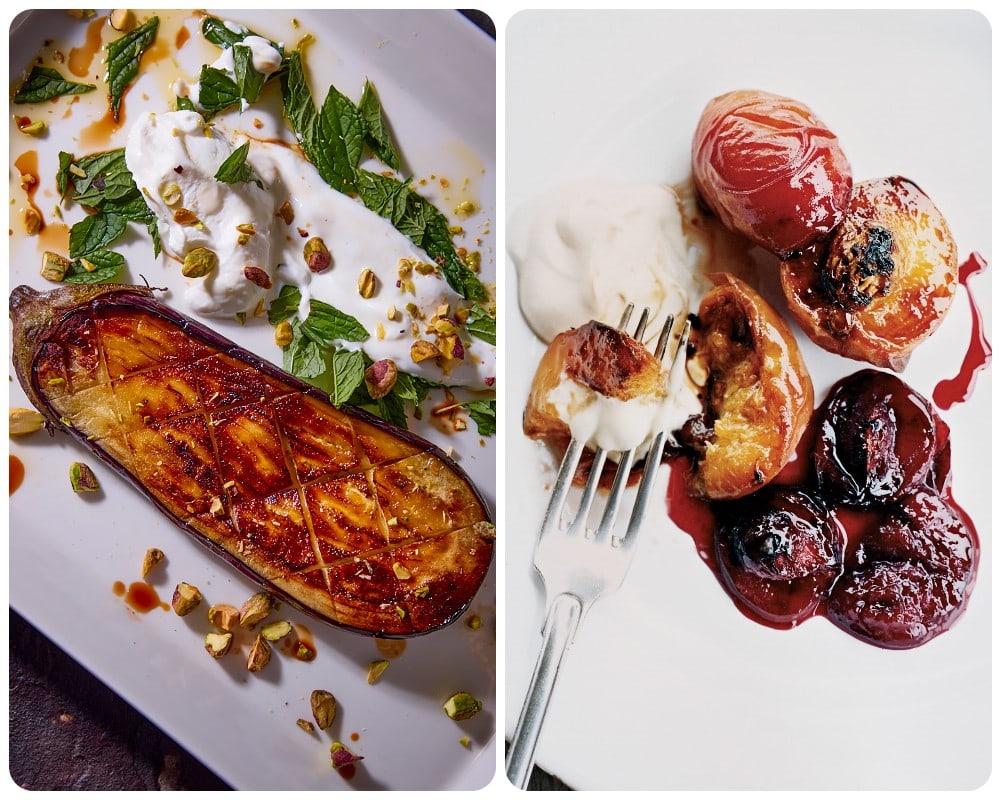 Chef Francis Mallmann has rekindled his old love for plants, fruits, and veggies from his childhood days in Patagonia. Till now, he has been portrayed in the media as an unapologetic lover of meaty pleasures. But, Green Fire bears the proof of his seismic shift in choice and approach, filled with unique, fiery dishes like Garlicky Mushroom-Onion Toasts, Grilled Peaches and Plums with Mascarpone, Grilled Eggplant with Parmesan and Cream-Basil, Ratatouille Tian and Churrasco, and many more. In his book, the green bounty of the planet has risen from ashes, reborn, and transformed like a phoenix.

Breakfast would seem to be our last abode from the seemingly endless bitter conflicts that plague ...

Plant-based food is emerging as a niche in the culinary world. Fast food or quick-serve staples are ...

If there's anything that Sandra Lee has no time for it's Paul Ryans antics. When the House Speaker ...