After winning season 14 of Top Chef, Brooke Williamson is now a successful restaurant owner and chef. The culinary genius recently revealed her go to secret ingredient which she keeps in her fridge at all times, using it in most of the delicious dishes she concocts. 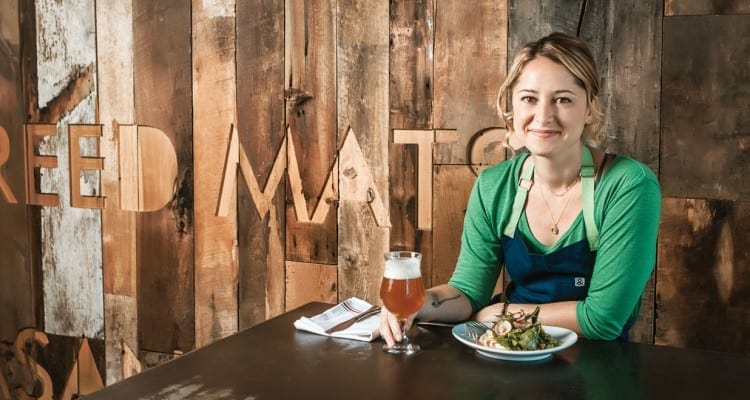 Williamson said that “Fish sauce is an ingredient that I add to almost everything,”. While it seems like an unusual thing to have as a staple, the chef went on to say “I’ll make turkey bolognese like once a week and add fish sauce; it turns it into something that you can’t stop eating. People always say, ‘What is that flavor?’ It’s kind of slightly recognizable but not to the point where it feels like it doesn’t work. That’s something that really enhances flavor.” 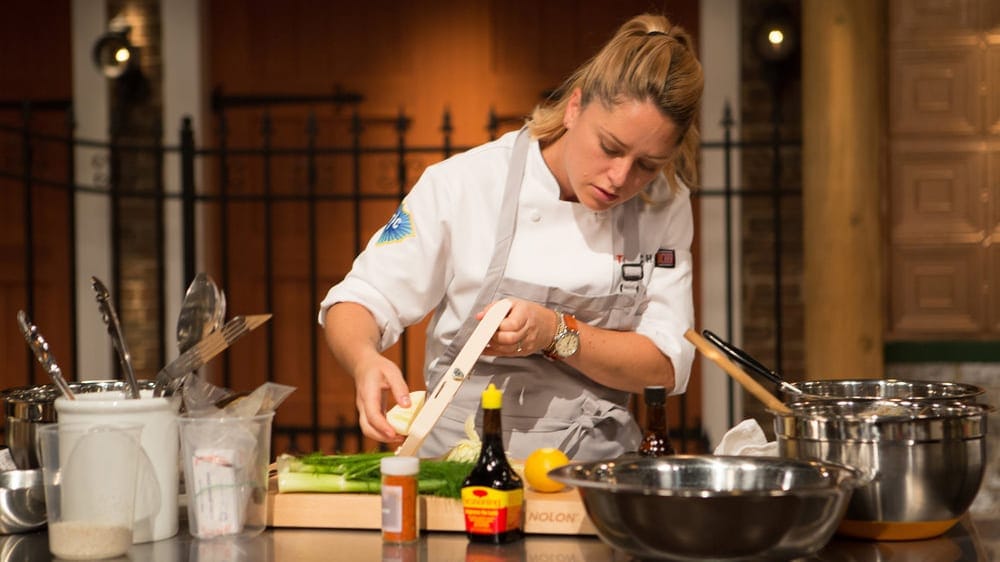 The condiment is relatively easy to find in the international aisle in most grocery stores. The sauce itself is made from the juices of the fish after it has been fermented and has a salty taste along with a strong aroma to it. Along with fish sauce, Williamson also notes more generic foods which she keeps in her fridge, including cucumbers which she says that her son loves, explaining that they are an easy vegetable to add to a salad or a relish all while getting their hydrating benefits. 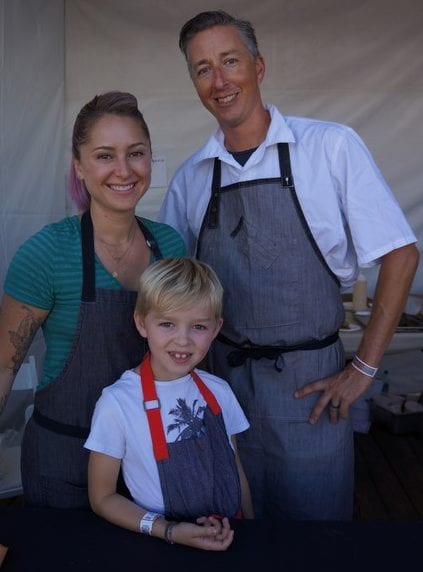 When it comes to a balanced diet for her family, she says “We try to eat really healthy at home because when we go out to dinner it’s kind of a free for all,”. For healthy options at home, she says she always keep fresh salmon in the house where she can make a sashimi dish paired with some hearty grains, giving the meal an extra dose of fiber. Along with cooking for her family, she admits she likes to bring them into the experience, having family cooking time, making tasty dishes together.

Although it doesn’t happen often at the Williamson household, when they find time to, they make homemade pasta, something she suggests for others to try, saying it could “become a family activity and a way of spending time with each other. At that point, you can make whatever you want, which is really fun.”

What About Breakfast At Tiffany’s? Now You Can In NYC

The time has come where having breakfast at Tiffany's has been made into a reality. No longer will ...

When it comes to Spanish cuisine, you’re probably already aware of things like paella and tapas. ...

These Foods May help Improve Your Sleep

We've all experienced those nights of tossing and turning, praying to fall asleep before our alarm ...